Each generation experiences that one, unforgettable day when they first hear the news.

For our grandparents, it was when the Beatles broke up, and our parents surely won’t forget where they were when Michael Jackson died. March 25, 2015 marks the day that will forever live in infamy for our generation – where were you when Zayn Malik left One Direction?

Zayn’s departure from the biggest boy band in the world sent the Internet into a mass hysteria. Almost immediately, #ZaynMalik became a trending topic on Twitter, “Directioners” were posting video reactions to the news (hint: lots of tears), and even mainstream news sources such as CNN and the Huffington Post were covering the story.

It’s been a little over two weeks since Zayn left, and there continues to be a good deal of media chatter about his decision to leave. The circumstances surrounding Zayn’s exit are the reason for the prolonged interest in the story. In fact, it’s pure media gold.

On March 19, Zayn was spotted holding hands with a girl who was not his fiancée Perrie Edwards after One Direction’s show in Phuket, Thailand. The photo went viral, and prompted Zayn to take a break from their On the Road Again Tour due to stress.

In response to the scandal, Zayn tweeted, “I’m 22 years old… I love a girl named Perrie Edwards. And there’s a lot of jealous f-cks in this world I’m sorry for what it looks like x.”

Just a few days later, Zayn left the band for good. He left a statement on the band’s Facebook page saying, “I am leaving because I want to be a normal 22-year-old who is able to relax and have some private time out of the spotlight.”

This reason would’ve been perfectly palatable if music producer Naughty Boy hadn’t leaked a demo of a solo project that he and Zayn have been working on, just one day after the announcement.

This sent the fandom into an uproar, and now everyone is questioning what Zayn’s next move will be.

Nobody expected One Direction to last forever. As boy band history goes, they have their run of a few good years then go their separate ways. But nobody was expecting Zayn to leave mid-worldwide tour and at the height of their very lucrative career.

Zayn certainly has the vocal talent to support a solo career (I mean, have you heard his falsetto?), but he has never been the standout member of the group.

Often dubbed the “mysterious one,” Zayn never spoke up at interviews and backed out of certain performances and press events. In this day and age, you need to have the full package.

Talent is one thing, but visibility to the media and fans is another. Visibility is a large part of what made the Kardashians famous.

If Zayn can adjust to the limelight and give up the prospect of being a “normal 22-year-old,” then a bright Justin Timberlake-esque solo career could be in his future. If not, he’ll fade into the background just like all the other stars of boy bands’ past.

Kelly Brody is a sophomore majoring in journalism. 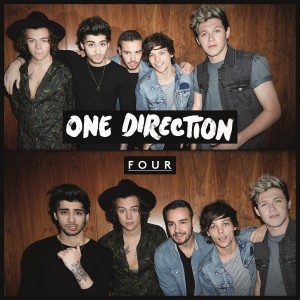