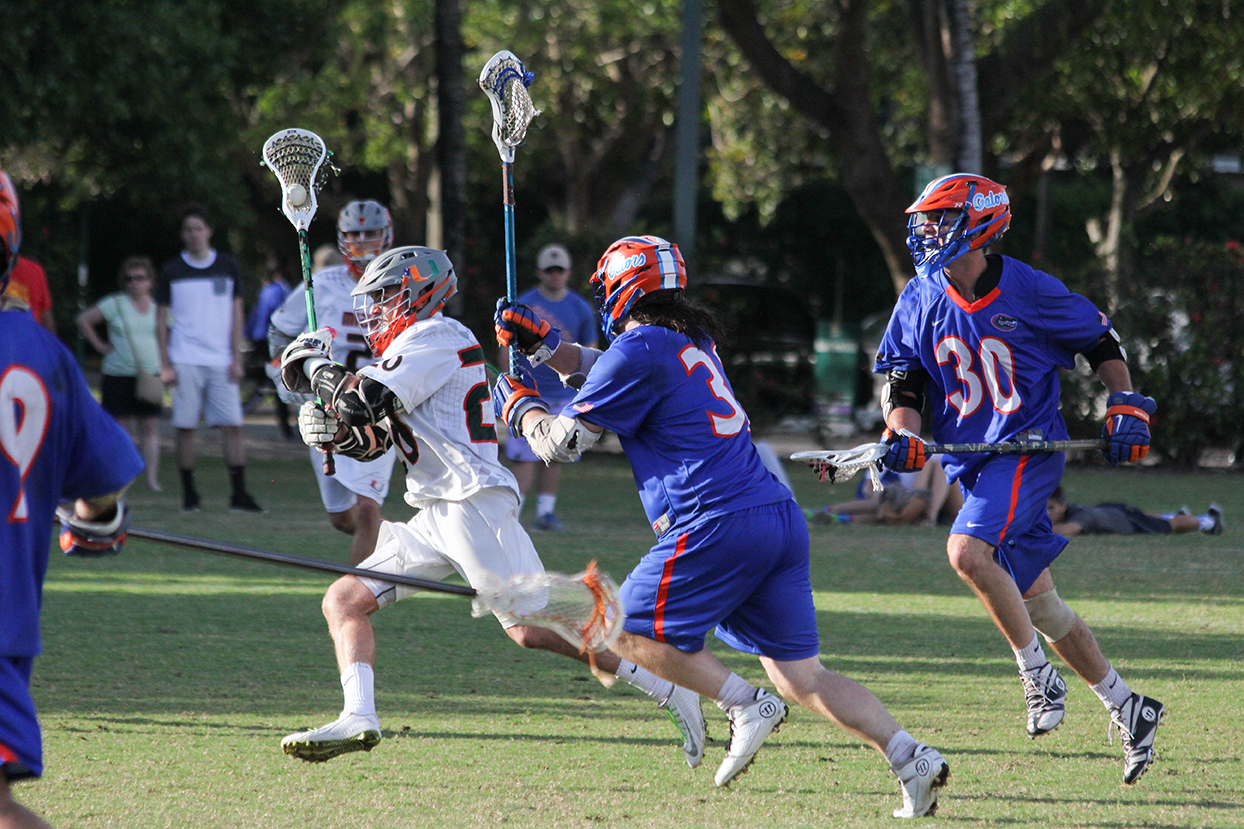 In a difficult game against the Florida Gators, the Hurricanes men’s club lacrosse team fell just short for the third year in a row against University of Florida with a 9-8 loss Saturday night.

As the Canes prepared for a game that would decide berth in the SouthEastern Lacrosse Conference (SELC), they ran drills and pumped each other up on the Intramural Fields for their biggest matchup of the year.

“We’ve never beaten Florida, and it has been a goal of ours from the beginning,” senior and team president Dan Pyser said.

This game was also the last home game for seven seniors on the team.

After one last pep talk, the Canes took the field. Florida gained a quick 4-0 lead at the end of the first quarter, but the Canes were not phased.

Senior Matt Gozzi, the team’s captain, scored three of the five goals of the quarter. Sophomore Alex Lambert scored the two other goals.

The game entered halftime with a score of 5-5. By the start of the fourth quarter, the score was 7-6.

One goal by Lambert and one by freshman Jacob Werner tied the game 8-8 with seven minutes left.

However, when the Gators scored with four minutes remaining, the Canes couldn’t battle back. The final score was 9-8.

“Down the stretch, they executed well and we couldn’t get it done,” Pyser said. “We’ve had two successful years, and we hope that it continues and we can beat Florida next year.”