Stars use technology to maximize profits

Kim Kardashian has become omnipresent in the media. Her famous alliterative name is attached to countless products, including diet pills, workout DVDs, perfume, beauty products and self-tanner – anything you can possibly imagine.  A big part of Kim’s continued relevancy is, no pun intended, “keeping up” with current trends and technology, specifically the development of mobile apps, which reign supreme in today’s age.

Apps have made millionaires out of many young developers in Silicon Valley and beyond. Rovio, the company behind the popular app Angry Birds is valued at $210 million, making owner Kaj Hed worth $1.57 billion according to Business Insider.

Zynga, the company behind apps like FarmVille and Words with Friends, made its creators Mark Pincus and Justin Waldron, the latter of whom started the company at just 19 years old, worth upwards of one billion each. Clearly, apps are where the money is, and where there’s money, the Kardashians follow.

The game, in which players try to make it to the A-list with help from virtual Kim captured the attention and wallets of the world, climbing to become the fifth-highest grossing game on the Apple App Store. Countless Buzzfeed articles have been written about addiction to the game, and I found my summer revolving around being within arm’s reach of my iPad so I could collect all the stars from my latest photo shoot.

Kim didn’t necessarily need the star boost that her app provided, but her game opened the door for celebrities to remain strategically present in their fans’ lives even when not tweeting their every move.

Taylor Swift hopped on the app train as well with the release of her American Express Unstaged: Taylor Swift Experience, which allows users to virtually go inside her “Blank Space” music video while collecting 41 special items. She advertises her app in the last 30 seconds of her music video in order to encourage the continued experience of the video – as if that would stop you from pressing the replay button.

Most recently, Kylie and Kendall Jenner announced that they will follow in their big sister’s footsteps and are in the process of developing their own mobile app. While Kendall has a more stable career in the world of modeling, Kylie’s “career” of developing an image and a personal brand will surely benefit from the app. The app will be released later this year on iPhone and Android by Glu Mobile, according to Mashable.com.

Much like social media plays a huge role in connecting celebrities to fans, apps that are available literally at our fingertips ensure that fans are never out of touch with their favorite celebrities. This increased exposure will be invaluable for public relations. While you might not be the biggest Kylie fan right now, perhaps after downloading her app you’ll be sporting heavily-lined lips and blue extensions, too.

Kelly Brody is a sophomore majoring in journalism. 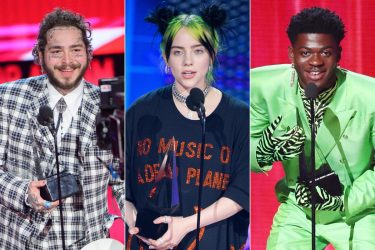