While China has surged to international prominence, India has been, by comparison, out of the spotlight. But fortunes seem to be shifting, as reflected by the recent drop in China’s GDP target from 7.5 to seven percent. Additionally, in 2014, India’s GDP grew more than China’s for the first time in over ten years.

India, meanwhile, has been experiencing a resurgence that has the potential to make it one of the most powerful countries in the world. Through the reforms of Prime Minister Narendra Modi, who has been serving since May of last year, India regained the attention of the international community.

The largest historical problem India faced was difficulty connecting to the outside world. While China grew massively through foreign capital and exports, India maintained a reputation for being difficult for foreign business. Corruption and inefficient bureaucracy have not helped their image much either: the Economist Intelligence Unit (EIU) ranks their hospitality to businesses asten places lower than China’s.

However, progress is occurring at a blistering pace. Late in February, a budget was unveiled that made attempts to streamline taxes for both businesses and goods and services, as opposed to the current headache of a system, where each individual province imposes taxes differently.

Global economic forces are also looking extremely favorable for India. The recent collapse in oil prices over the last few months has been beneficial for India, which imports the majority of its oil.

Yet, the future is not without its risks. Reforms, as they stand, are not enough. Modi has promised more, and investments have been flowing based on the assumption that it will be easier in the future for businesses to operate. However, political difficulties may impede this. The prime minister’s party, Bharatiya Janata, lost dramatically in a Delhi election one month ago, and it is entirely possible that a new government opposed to his reforms could damage the reputation Modi has been cultivating.

A more powerful India has massive benefits for the U.S., not only for those who have personal ties with the region. Asian politics have been dominated by China in recent history, and the change in fortunes could do much to stabilize the region. The American government is not oblivious to this, and ties between India and America have strengthened. Both country’s leaders have paid visits to each other very recently.

For decades, the idea of an Indian boom has seemed to be a myth. Today’s political and economic circumstances are, however, just right for a seismic shift in the role India plays in the international economy.

Andrew Langen is a sophomore majoring in economics and math. 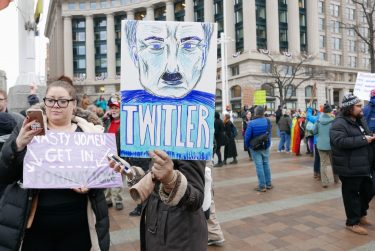