One of the easiest mistakes to make when working with urban poverty is trying to solve for urban slums themselves, according to Dr. Melanie Walker.

“Slums are a solution people have made,” said Walker, who is now serving as the senior adviser to the president of the World Bank. “Slums aren’t bad or good; they are just where people are.”

Rather, Walker said the key is to focus on specific problems within the slums, whether it be healthcare or citizenship, during Saturday’s morning CGIU panel and working session, “More Than a Roof: Solutions for Urban Slums.”

The panel was moderated by Robin Bachin, the assistant provost for civic and community engagement at the University of Miami.

“Urban slums are the world’s largest-growing habitats,” Bachin said. “However, residents rarely form any formal property rights, as well as a lack of infrastructure and basic services.”

Bachin opened the session by introducing a featured commitment, the Delhi Shakti Project. Created by Vrinda Agrawal from the University of California, Berkeley, the project focuses on addressing prevalent sexual violence in Delhi, India by gathering female members of the Delhi community to discuss sustainable solutions.

Bachin moderated a panel composed of Walker, who also previously worked with the Bill and Melinda Gates foundation; Kennedy Odede, Co-founder and CEO of Shining Hope for Communities; and Nasir Uddin, Co-founder and president of Em[POWER] Energy Group. Inc.

While Odede used his experience growing up in the Kibera slum outside of Nairobi to address issues specific to slums, the panel also discussed general challenges that came with implementing a commitment in an unfamiliar community.

Partnership, humility and understanding were repeatedly identified as key factors for a project’s success. The panel emphasized building community relationships and gaining a better understanding of the local communities was key to effective change.

“The local knowledge is really what drives the success of the projects themselves,” he said.

Odede agreed. “You have to listen to the people on the ground,” he said. “They know what’s going on. But sometimes, the people in the slums cannot solve the problem. It’s a partnership. You bring the access.”

The panel was followed by a question and answer session and table discussions among students. The panelists sat in among the students and offered practical advice about resources and connections.

Megan Rosenberger, a third-year midshipman at the United States Naval Academy, was looking for partners to implement her commitment, which aims to create a rain barrel system by the Chesapeake Bay.

She received immediate recommendations from Walker about organizations that were currently targeting the Chesapeake Bay area.

During the panel and within the intimate discussions, Walker shared her personal motivation for public service: frustration.

She cited an example where she saw one of her discharged patients begging on the street to pay for medicine she had prescribed, which fueled her interested in improving public healthcare.

“Do not be afraid of the things that frustrate you,” Walker said. “Get into the game, and get under the skin of the problem.” 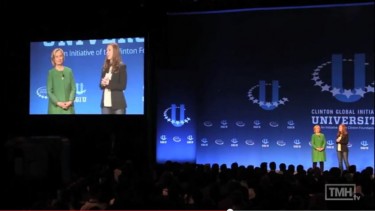 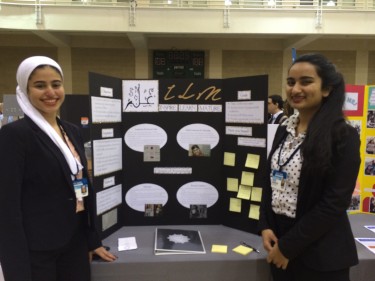 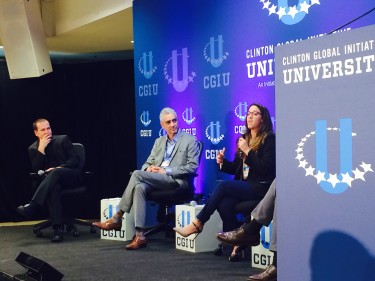