The decision to suspend the University of Miami chapter of Kappa Kappa Gamma Fraternity for two years was reversed Wednesday, according to a prepared statement from UM and Kappa nationals.

The decision, which would have taken effect May 2015, was reversed after UM administrators had “several heartfelt conversations” with Kappa nationals, the statement added.

“The University of Miami is elated that Kappa Kappa Gamma has reconsidered their decision of the Delta Kappa chapter,” said Patricia Whitely, vice president for Student Affairs, in a press release. “We are committed to working collaboratively with our present student members of the Delta Kappa chapter, the UM Greek community, our alumnae and Kappa Kappa Gamma’s Fraternity headquarters to ensure the continuing success of this chapter.”

“I’m completely overwhelmed, excited and appreciative,” Bielski said in an email. “The university has been amazing in all of the support that they have given us these past few days.”

Kappa will provide a chapter consultant who will work solely with the Delta Kappa chapter to serve as a resource for two years, effective August 2015. Additionally, the university and Kappa nationals will partner to increase alumnae support for the chapter.

“The chapter is looking forward to working with the chapter consultant over the next two years,” Bielski said.

On Saturday, Kappa nationals announced that UM’s chapter was suspended for not maintaining competitive recruitment numbers, according to Elizabeth Baily, vice president of KKG nationals.

The Delta Kappa chapter will have 126 members once its new members are initiated. The average Panhellenic sorority chapter has about 177, according to Tony Lake, associate dean of students.

Upon news of the suspension, KKG alumnae emailed The Miami Hurricane claiming nationals had not provided “on-going support” as was written in Bailey’s email statement.

“In reality, national officers arrived to campus on the last day of Greek Week without giving the chapter any advance warning, and called a meeting to inform them that the chapter would be suspended,” wrote Elyse Mowle, a UM alumna who graduated in 2013.

Shannon Bartlett, who graduated in 2012, was also “extremely disappointed in the news.” Bartlett continues to be active in a local alumnae chapter in Michigan and estimated that there were about 120 to 160 members when she attended UM.

“Kappa does not make these decisions without careful consideration,” according to the joint statement. “The Fraternity has been consistently working with Delta Kappa chapter to provide extensive recruitment assistance, multiple consultant visits each year and other Kappa resources.”

Bartlett added that when she was active, the sorority had women in prestigious honor societies such as Iron Arrow and Omicron Delta Kappa, Student Government, the Panhellenic Executive Board and other student organizations.

Established in 1938, KKG has been raising money for Reading is Fundamental, an organization promoting literacy nationwide, for the past 11 years. The sorority started a gofundme.com site and has raised about $3,900 of its $20,000 goal. 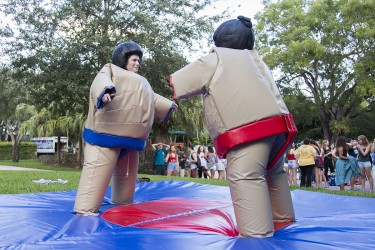 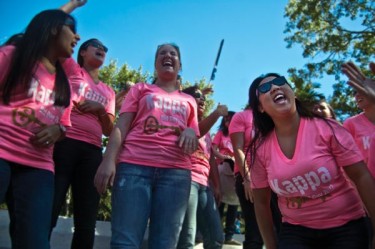