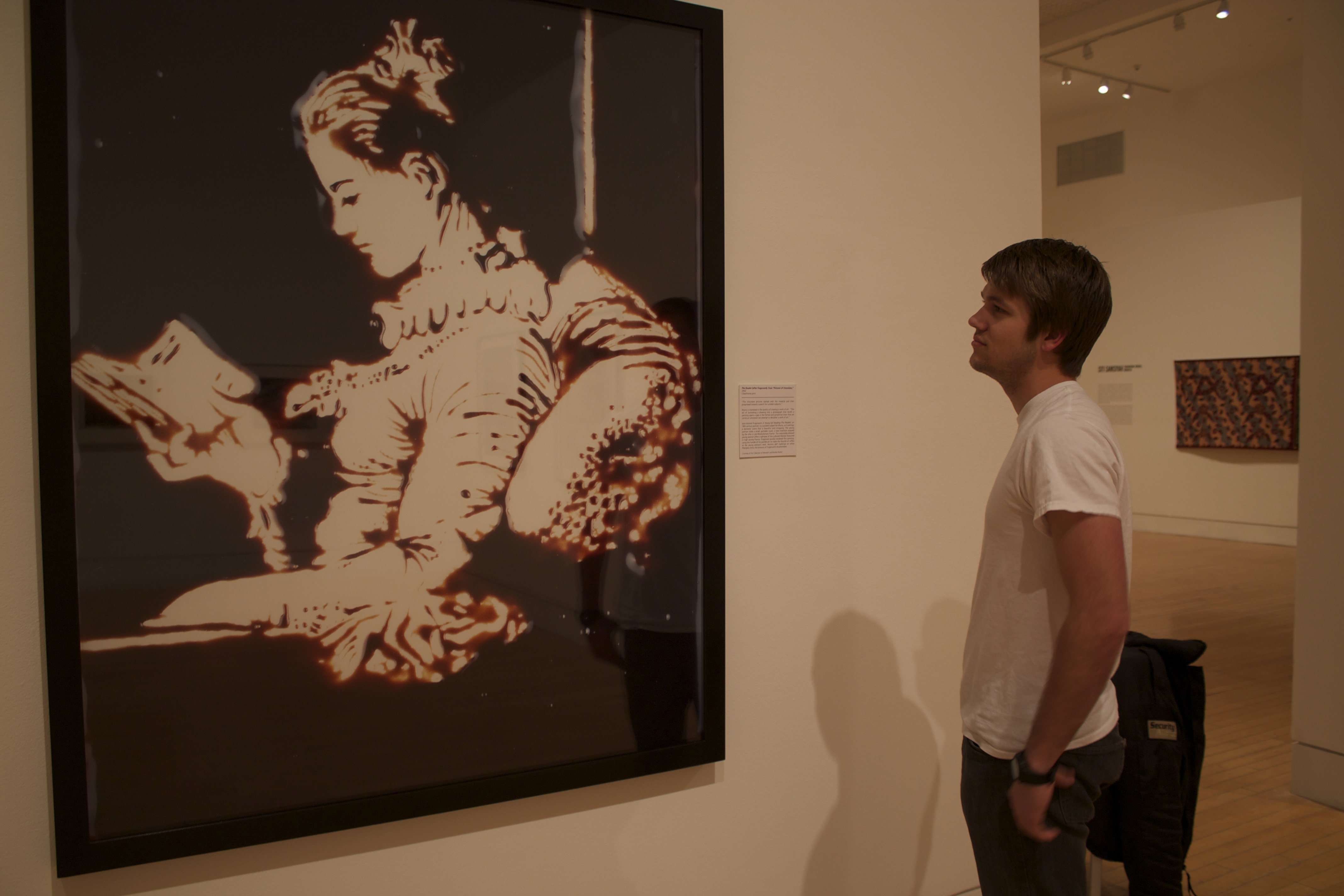 Everyday objects like magazine clippings, toys, garbage, diamonds, chocolate syrup and dirt have been repurposed at the Lowe Art Museum, giving life to the idea that one man’s trash is another artist’s treasure.

On Saturday, the Lowe hosted the opening of “Poetics of Perception,” an exhibit comprised mostly of what some would consider junk. The event displays world-renowned Brazilian artist Vik Muniz’s unique works. The exhibit will run from Feb. 7 to April 19.

“It’s great to have Muniz’s works here,” said Jill Deupi, Beaux Arts director and chief curator at Lowe. “He has one foot in contemporary style and another in traditional, historically-valuable artistic expression. His photography is relevant to students, hopefully those at UM.”

The Lowe exhibit will include many of Muniz’s famous works. “Diamond Divas,“ a limited edition collection, features representations of famous actresses such as Marilyn Monroe, Elizabeth Taylor and Bette Davis, all created with thousands of diamonds. Another prominent body of work to be displayed is “Pictures of Color.”

Muniz, born in Brazil and now living in New York and Rio de Janeiro, began his artistic career early on as a sculptor before moving on to photography. His now-famous photo mosaic works, originally inspired by Italian art from the city of Ravenna, feature masterpieces shown in many international art galleries. The university community will be able to catch more than a glimpse during the museum’s event.

Muniz’s art usually begins with noteworthy images, mainly from current events or history, and represents them with detailed complexity. He captures the essences utilizing an amazing array of non-art materials.

Both classic and contemporary art fanatics will be able to immerse themselves in the gallery’s exhibits. Muniz’s most recognized and unique works feature tableau vivant (literally “living picture” in French), which are figures representing a scene from a story, often in a historical context.

If anything can begin to describe or explain Muniz’s artistic philosophy, it would arguably be the series “Pictures of Color.” Completed in 2001, “Pictures of Color” is a series that alludes to many historically significant works by greats like Monet, Richter and Van Gough. Using their legendary paintings as a basis, Muniz experiments with theories of color as he constructs his work using tiny blocks of color of different hues and tones. Although the work may seem recognizable at first, the final product is completely original.

The museum will have an Art & Inclusion Teacher Workshop 8 a.m. to 4 p.m. Feb. 17. On Thursday, April 2, the museum will also host its monthly LoweDown Happy Hour. The event will include a tour of the gallery, where members, visitors, faculty and students can mix and mingle while appreciating the art on display from 7-9 p.m.

The weeks of artistic appreciation will come to a close as the documentary “Waste Land” will be screened 2 p.m. April 12. The film follows Muniz’s unique three-year story as he journeys from New York to Brazil on his endeavor to create another one of his famous works.