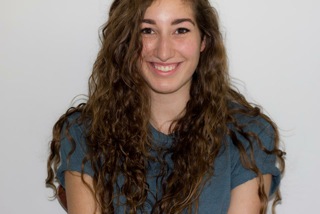 Megan Rico, a senior motion pictures major, was awarded the Writers Guild Initiative’s 2015 Michael Collyer Fellowship in Screenwriting, which recognizes a student who plans to pursue screenwriting after college.

Rico, who is the seventh student to win this prize since it began in 2009, will receive a $10,000 stipend to write an original screenplay under the mentorship of David Auburn, who wrote the screenplays for “The Lake House” and “Proof.”

Rico’s fellowship project titled “NED” is about Sam and her friend Alex who think they are going to have a boring summer until they find a severed arm floating in the water. Alex and Sam then become involved in a government conspiracy complete with casual grave-robbing and an old dad with a podcast.

“This comes as a complete surprise and I’m honored to have been given such an incredible opportunity,” she said in a press release.