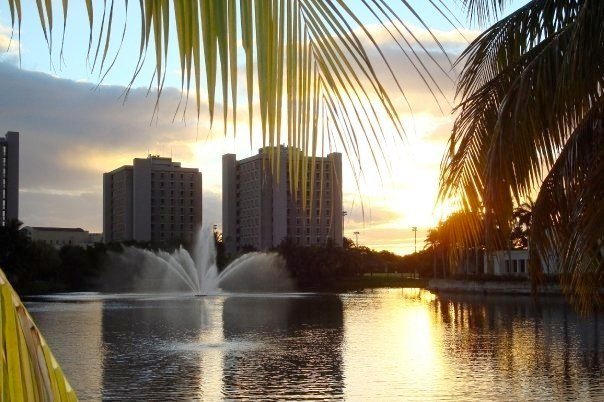 The Miami-Dade County Board of Commissioners voted 10-0 to approve resolutions granting two Class I permits to the University of Miami that will allow them to construct two separate pedestrian bridges on campus.

Associate Vice President of Campus Planning and Development Janet Gavarrete explained that the bridges were not planned in isolation; rather, they represent an important step in a much larger vision for the future of the campus. The bridges are merely a way to allow for more foot traffic expected to come with future projects.

“They’re part of improving our circulation on campus, and when you improve circulation opportunities, you do a lot for connectivity,” Gavarrete said.

One bridge will span Lake Osceola, from the Lakeside Patio to the Billings Walkway that borders the Eaton Residential College parking lot. According to the permit application, the bridge is expected to cost $1 million. The second smaller bridge will connect the pathway that is in between the Herbert Wellness Center and the football team’s practice fields, with the Wellness Center parking lot on the opposite side of the canal. This bridge will cost $250,000, according to the application.

Circulation and connectivity are vital to a university hoping to see approximately 1,000 more students living on campus in the next five years, Gavarrete said.

The bridges will create more ways to navigate campus. With an ambitious master plan that will reshape the southern side of campus by 2018, it is necessary to make sure that the UC area at the heart of campus can handle increased foot traffic.

“The reason that this path became more important is because the bridge that’s currently by the UC, the smaller one, it’s very narrow, it’s like 5 feet,” Gavarrete said. “Then when it takes you inside the building, you need the building to be open in order to go through; otherwise you need to go all the way out to Stanford and go through the Breezeway. And so for students who are always walking to and fro, or faculty and staff, it’s additional walking. And we take into account the ‘I see, and I want to go’ factor, and so if you want to go to the SAC, you’re being forced to go all the way around.”

The UC Patio bridge is expected to be around 30 feet wide. The plan will also widen the Billings Walkway that encircles Lake Osceola by making some parts that are currently five to seven feet wide closer to 15 feet wide.

“In front of the Student Activities Center and the UC, one of the things that was done as part of this whole effort to improve circulation around the whole lake is that it allows people to walk side-by-side and talk and also to have bicycles,” Gavarrete said.

Both bridges are expected to ready in fall 2015, with construction beginning late this summer.

Note: This story has been updated to reflect that the name of the area to which the bridge will be connected is the Lakeside Patio.