If you’re looking for more movies, the Cosford Cinema is the place to get your fix.

The university’s Cinematic Arts Commission (CAC) announced its movie lineup for the spring semester on Jan. 12.

Showings begin this week at the Cosford Cinema with “Gone Girl,” the popular thriller starring Ben Affleck, based on the book by Gillian Flynn. The lineup contains a wide range of genres and timeframes, from the classic “The Big Lebowski” to the contemporary and controversial “The Interview.”

In addition to this lineup, the Cosford Cinema will also play “Kingsman: The Secret Service,” at 8 p.m. Thursday, even though the film is not set to premiere across the United States until Feb. 13.

The CAC decided on the movie lineup at the end of the fall semester, according to senior Robert Pinney, CAC chair. The schedule consists of 11 movies, plus two “classic” movies, ones that have not been shown in the past four years.

“When choosing movies, members keep in mind which movies are both highly rated and popular, as some Oscar contenders are small releases with fewer viewers,” Pinney said.

On the weeks that movies show in the Cosford Cinema, the film company sends the film to the theater in the form of a hard drive, Pinney said. At the theater, the hard drive is tested, and on the day of the showing projectionist Michael Blain operates the projector.

If students are interested in learning more, CAC meetings take place at 6:30 p.m. Wednesdays in the Student Activities Center (SAC) Vista Room. Movies in the lineup will be shown Wednesdays and Saturdays at 9:30 p.m. at the Cosford Cinema.

For more information on movies playing at the Cosford Cinema, visit cosfordcinema.com/showtime-calendar. 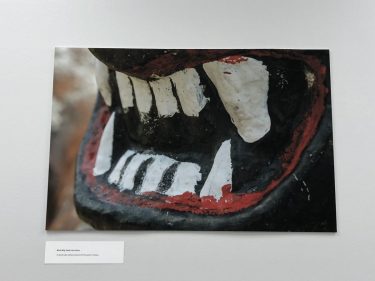