Mark Wahlberg goes ‘all in’ in his latest high-stakes drama “The Gambler.”

Aptly named, the film takes a unique perspective on both self-destruction and the lust for ultimate success.

The movie tells the tale of a man going through a seven-day turning point in life. Jim Bennett (Wahlberg) is a nihilistic college professor who moonlights as a heavy gambler. Turning his back on his wealthy family and their lifestyle, Jim returns to his mother (Jessica Lange) to ask her to pay off his large debts. After pitting his creditors against each other, Jim must find a way to pay back important people soon, even though his pockets are empty.

Jim’s habit of high-stakes gambling seems to have no set goal in terms of money. This behavior gives us a glimpse into Jim’s character, and it seems as though Wahlberg was made for the role. A straight shooter and no less, Jim faces gangsters and loan sharks with nerves of steel. Sharp rhetoric and a true “all or nothing” attitude towards almost everything make for a great combination in a character, and Wahlberg truly embodies that in this film.

In an interview with The Miami Hurricane, director Rupert Wyatt exposed the character of Jim and the way Wahlberg approached the lead role.

“Jim is brutally honest, says things we can’t, and that’s why he’s in trouble,” Wyatt said.

When asked about directing Wahlberg – who just recently received his high school diploma – in the scenes where he is a college professor, Wyatt smiled.

“Practically, we give actors the framework and general idea of a role, and that’s it. Especially with actors like these,” he said. “Wahlberg prepped by sitting in some college classes in L.A. We didn’t want him to come off as too academic. Mark loved that. Jim is a gambler first, a professor second.”

Thanks to William Monahan, screenwriter of the acclaimed “The Departed,” dialogue stands out in this adaptation of the 1974 original film of the same title. This unique script caught the interest of other big names, including John Goodman. Great back and forth dialogue between Jim and loan shark Frank (Goodman) will make this an instant classic.

“I’ve always liked Mark Wahlberg,” Goodman said. “He’s really interesting to watch, and I really liked the dialogue in the script. I thought it was great and it’s an interesting, compelling story about compulsion.”

When discussing shady financial matters with gangsters, maintaining sharp dialogue and fearless honesty do not come naturally. Audiences can realize how unrealistic or embellished a situation is on-screen with these types of stories. They can especially spot unrealistic reactions, which seemed to occur at more than one point in the movie.

Spoilers aside, Jim’s personality is manifested spot-on with Wahlberg’s attitude and dramatic flexibility. This made the movie of a man’s journey one worth seeing and learning from.

Although it might be somewhat unclear what Jim exactly wanted from his high-stakes gambling at first, the method in which he goes about trying to solve his debt problems is what he, and the movie as a whole, is about: an all or nothing view of life, love and success. 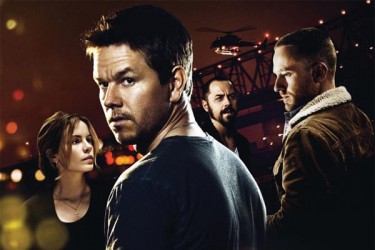