In the buildup to the climax of Lisa D’Amour’s play “Detroit,” Sharon, a reformed drug addict who has recently moved into a suburban neighborhood with her husband Kenny, declares that “it’s so weird how nothing ever happens.”

She is referencing the boredom she feels in her newly straight-edge life. But when actress Betsy Graver delivered this line in Zoetic Stage’s production, it felt like an oddly prescient review of the show itself, trying immensely hard only to lack genuine emotional resonance.

“Detroit” is a dark comedy written by Lisa D’Amour that was first produced in Chicago in 2010 and debuted off-Broadway in 2012. The script was a finalist for the 2011 Pulitzer Prize for Drama; Zoetic Stage’s production was a regional premiere.

The show follows the lives of two couples: Mary and Ben, who are struggling to adjust after a round of layoffs left Ben unemployed, and Sharon and Kenny, who are looking for a fresh start after recovering from a past life of substance abuse. Over a series of lawn parties and barbecues, these new neighbors forge an unlikely connection in a modern, isolated world. But all four have dark secrets burning them up inside that could send their relationships up in flames.

The main problem afflicting Zoetic Stage’s production was that the characters simply weren’t likable. Rather than struggling to succeed in spite of their characters’ flaws, they spent the show wallowing in self-pity. The characters profess their affection for each other multiple times over the course of the play, but the audience is left to wonder why, as they never appear to be truly enjoying each other’s company.

By the time the show reaches its climactic party scene, the revelry of the quartet comes across as a self-indulgent spectacle rather than an organic outpouring of emotion. The audience has been invited to judge these people rather than empathize with them – a fatal flaw that permeates the entire production.

On top of that, with few exceptions, the actors appeared to have interpreted “self-absorbed” as “completely oblivious” or “just plain dumb.” The dialogue provides dozens of moments of inappropriate small talk which were delivered without any recognition of the reactions of the people around them. Each character had at least one extended monologue outlining the details of his or her personal demons, but the actors delivered them merely as information, barely registering the scene partner upon whom they should have focused their efforts.

One silver lining of the production was the technical elements. The scenic design by Michael McKeever was truly impressive, particularly the smoke effects, which were a recurring fixture in the show.

Unfortunately, shows like “Detroit” are becoming the norm in American drama; small cast scripts that become so wrapped up in naturalistic bickering that they neglect to answer that all-important question: Why should we care about these people?

Playwrights become too wrapped up in thematic diversions to lower themselves to the pedestrian task of engaging the audience. In this case, however, it is difficult to determine whether the fault lies in D’Amour’s script or Zoetic Stage’s cast.  The somewhat didactic final scene of the play implies that the show was intended as commentary on the state of the American dream in today’s world. Perhaps there is a poignant message hidden in “Detroit;” however, Zoetic Stage’s production buried it under too many faults to make out. 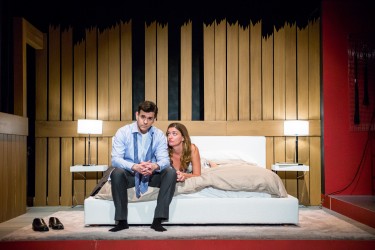 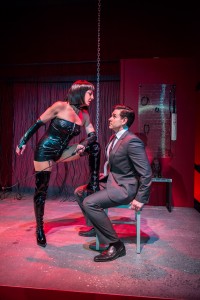