Thirty one students, faculty, staff and alumni were tapped last Wednesday and Thursday into the University of Miami Iron Arrow Honor Society.

Iron Arrow was started in 1926, about a month after the University of Miami opened. It honors individuals who show a love of alma mater and embody the qualities of good character, leadership, scholarship, and humility. There are more than 2,900 members.

Iron Arrow members frequently use fake meetings or ask soon-to-be-tappees for a quick coffee break in order to secure a tapping time and location. So Smart had his “meeting” with Brenden Kollar, a former resident assistant who is working on the University’s new housing plan. But the meeting was soon interrupted by the familiar beating of the drum, and Garcia and Matt McCabe, a UM alumnus and former resident assistant in Hecht Residential College, pulled their mentor from his chair and presented him for the ritual tapping. 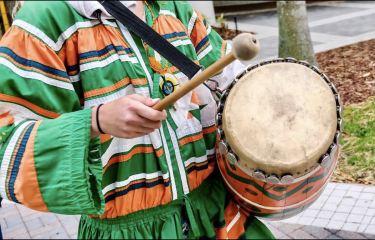 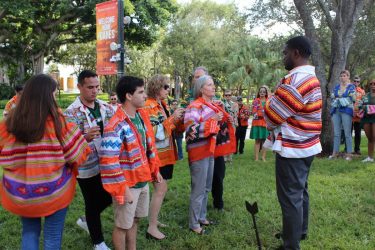