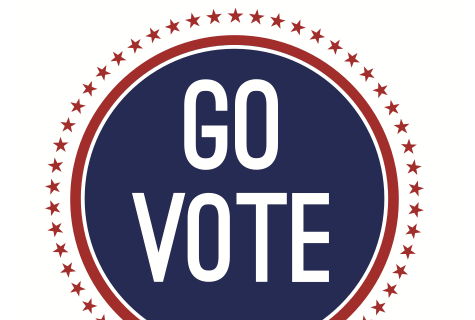 Midterm elections will be held Tuesday. The closest polling place to campus is the BankUnited Center, but there are several Coral Gables locations, such as:

If you’re a voter registered in Miami- Dade County, you can check your assigned polling place by:

Know your rights and responsibilities

Acceptable forms of identification include any of the following:

Identification must include a photo and signature. If your ID only has a photo, you must provide a second form of ID with a signature.

The purpose of the amendment is to manage, conserve, restore and improve lands, including the Everglades. It also focuses on creating cleaner sources of water.

If it passes, 33 percent of tax revenue collected on documents, including property deeds and bonds, would go toward the Land Acquisition Trust Fund (LATF) for the next 20 years. The LATF was originally created in 1963 to fund the purchase of land for parks.

It would not increase or decrease state revenues, and it is not yet known whether it will result in any additional state expenditures. This would depend on future legislative actions; the same applies to local governments.

Amendment 2: Use of Marijuana for Certain Medical Conditions

Amendment 2  would allow for the medical use of marijuana for people with debilitating diseases, such as cancer, glaucoma or hepatitis C, among others. These cases would be determined by licensed Florida physicians.

There would be no predetermined increase in cost to local governments. The amendment’s passage would involve additional regulation and enforcement of the production and sale of medical marijuana.

The Department of Health would register and regulate the locations where medical marijuana is distributed. Patients and caregivers would have identification cards.

Amendment 3 would require Florida’s governor to fill judicial vacancies if:

1. The judge has reached the retirement age, 70

2. The judge does not qualify for a retention election, in which the public votes to decide whether the judge should continue to hold office

3. The judge does not receive a majority of votes in the retention election.

Judges are nominated by a commission, which compiles a list of candidates who have been pre-examined, in order for the governor to choose from the list.

The amendment allows for the previous governor to appoint judges before the new governor has entered office.

Crist wants to improve education in Florida and make college more affordable. He will fight to reverse Gov. Rick Scott’s cuts to the Bright Futures Scholarship Program, which uses Florida lottery money to fund college scholarships for Florida residents. He plans to implement tax cuts for middle-class families and use incentives to help small businesses grow.

He plans to implement tax cuts for middle-class families, use incentives to help small businesses grow, and install a high-speed rail and mass transit system.

Crist is in favor of Amendment 1 and wants to conserve Florida’s environment by reducing the state’s dependence on out-of-state energy. He wants to decrease the number of laws restricting solar energy investment, which would increase job opportunities.

Crist is in favor of Amendment 2 because he thinks it is an issue of compassion – trusting doctors and trusting Floridians to be responsible.

Crist supports a woman’s right to make her own healthcare decisions.

He wants to bring more people and jobs to the state through a “Visit Florida” program, including attracting Latin American immigrants to expand the job market.

Crist wants to increase access to health insurance. Three issues Crist has worked on since the start of his first term were helping the disabled, improving mental health services and funding research for autism spectrum disorders.

Rick Scott pledges to help make higher education more affordable for every family, support STEM (science, technology, engineering and mathematics) degrees and promote business start-ups. Regarding education, Scott’s aims include reducing the cost of textbooks, increasing the number of graduates finding jobs in their field of study and having a public university be ranked a top 10 public school, and another among the top 25 of public universities.

Jobs and the Economy:

Scott supports tougher immigration laws and opposes the creation of a national ID card. Meanwhile, he supports in-state tuition for illegal immigrants, as long as it is partnered with initiatives to limit higher education tuition and fee increases.

Scott is also known for leading the “Let’s Get to Work” campaign, opposing Obamacare and supporting Florida’s lawsuit against Obamacare.

The Miami Hurricane spoke to UMYCD President Ishtpreet Singh and Vice President Dylan Swart for their stance on issues in this election.

It’s important for people to get involved in the election regardless of party affiliation.

“More so than politicizing, I think it is important for students to focus on those core issues that are really important to them and then look at where the candidates for governor stand on them,” Singh said.

Education is the most important issue for college students in this election, according to Singh and Swart.

“There is a very strict difference in how the two candidates for governor look at education and the amount of money they’re spending on education. And I really think it is important for people to understand that,” Singh said.

Immediate action needs to be taken in addressing climate change.

“Everything else – gay marriage, gun control, women’s equality, abortion rights – all of that is not going to matter if the sea level is rising…,” Swart said.

The Hurricane spoke to UMCR Fundraising Chair Rachel Chapnick about voting and her views on the issues.

Chapnick, who wished to speak on her own behalf as a club member and not as a representative for the organization, said the most important issues for college students are jobs and the economy.

“Scott has been tremendous in bringing back the jobs Charlie Crist lost and in salvaging Florida’s economy,” she said.

After governors of other states reportedly regretted legalizing marijuana, Chapnick said Florida needs to be better prepared when choosing to legalize the drug.

“The state needs to have different framework in place if they’re going to make it legal, rather than just legalizing it for medical purposes overnight,” she said. “If you look at states like Colorado and Washington, their governors have come out and said that they wished they had not legalized it. And I don’t want Florida to be one of the states in that situation.”

Read more about the election in our opinion section: