Both Johnson and freshman Joseph Yearby eclipsed 100 yards, though Johnson accumulated 172 of his 177 in the first half.

No. 8 first put the Canes on the board with five to go in the first with a one-yard plunge into the end zone.

After a Miami safety and UNC-fumble recovery for a score, the Hurricanes closed up the first half with 21 consecutive points in the last 5:17.

This surge consisted of two Clive Walford touchdown grabs (numbers five and six on the season) and that Duke Johnson 90-yard track sprint.

After those two passing touchdowns, true freshman Brad Kaaya would follow up with one more in the first few minutes of the third quarter with a 37-yard dump to Johnson.

Kaaya finished with 189 yards and three TDs, and Johnson with 177 yards rushing, 2 rushing TDs and two catches for 49 yards (one going for a score).

The Hurricanes will carry the momentum from their current three-game winning streak into Sun Life stadium in two weeks, when they will face off against in-state rivals and AP No. 2 Florida State. 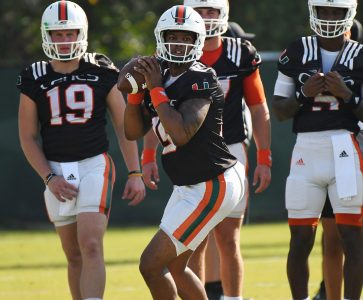 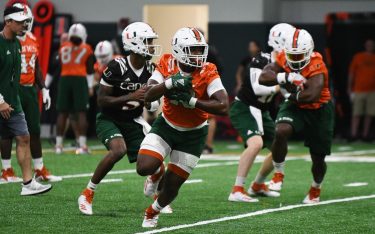