As the clock struck midnight, Cinderella hurried from the ball, leaving behind a single glass slipper – which she picked up and then continued running, leaving the palace and the prince behind her.

The national tour of “Rodgers + Hammerstein’s Cinderella,” playing at the Adrienne Arsht Center, takes the traditional fairytale story and, just like Cinderella’s dress, transforms it into something grand and unexpected.

The heart of the story has remained true to Rodgers and Hammerstein’s vision: any dream is possible. But in this re-telling, Kecia Lewis as the fairy godmother informs Cinderella (Paige Faure) that her future is in her hands; her acts of kindness, generosity and charity will be rewarded.

With all the elements of the original tale, the story is brought to life by three-dimensional characters who face real struggles beyond what to wear to the ball. It is a story of young people seeking a brighter future for themselves.

This plot features Andy Jones as Prince Topher, a character who leaves the princely archetype behind as he struggles with his identity and feelings of self-doubt. This is set on a background of a kingdom brimming with unrest as Topher’s royal advisor, Sebastian (Blake Hammond), is mistreating the citizens and silencing Jean-Michel (David Andino), a revolutionary seeking change.

In the midst of this, an kingdom-wide ball is thrown to distract the people, and the breathtaking scene does not disappoint. The number “Ten Minutes Ago” features mesmerizing gowns and elegant choreography, and yet, it is Cinderella’s kindness that catches Topher’s eye.

With some encouragement from her fairy godmother, Cinderella makes sure to speak her mind and encourage the prince to open his eyes to the troubles of the people. This resonates with Topher because when he again encounters Cinderella he declares, “I’ve been thinking about you, and what you’ve been saying,” showing a relationship built on something more genuine than a dance.

Faure’s Cinderella gives the prince the confidence to listen to his people and rule in his own right, out of the shadow of his advisor. The point of the story is not that they are pretty and so they fall in love, but to show the importance of a relationship where partners love each other for who they are, and encourage and teach each other, which makes for a much more exciting play.

Of course, the spectacle has all the glamour, elegance and grace that audiences have come to love and expect from classic Rodgers and Hammerstein productions. And as can be expected from a national tour, it was seasoned with cheeky remarks and sassy comments that, while obvious, unfailingly garner a laugh.

But the most stunning aspect of the show without a doubt is the costuming. Before the audience’s eyes Cinderella’s dirty rags transform into a glimmering, white ball gown fit for any queen-to-be. Magical is the only word to describe the quick, or rather lightening-fast, on-stage changes that left audiences gasping with excitement.

The heart of the classic tale is there, but this production shows “it’s possible” to experience true-to-life characters that transform a well-known tale into an enchanting story that encourages dreamers to make their own dreams come true.

WHERE: Adrienne Arsht Center for the Performing Arts 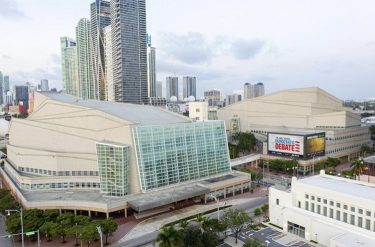 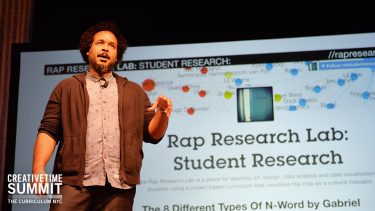