It is not often that you see a concert that opens with a country love song, segues into a heartfelt piano ballad and closes with unadulterated pop-rock. But eclectic was the name of the game at Festival Miami’s seventh annual Songwriter’s Showcase, held at the Maurice Gusman Concert Hall. Ten University of Miami students took center stage on Thursday night with their compositions for a night of critique, competition and most of all, catchy tunes.

The Songwriter’s Showcase has grown exponentially since its inception, seeing a jump in submissions from 12 songs submitted by 10 songwriters in its first incarnation, to more than 110 songs from more than 65 students this year. From this pool of submissions, 10 are selected to perform on the Gusman Concert Hall stage. Prizes are awarded to the top three musicians, as determined by a panel of expert judges, including the opportunity for the winner to open for a later Festival Miami performance.

The event is entirely student-run, from the organization to the emcees to, of course, the performers, made up of members of the Frost School’s American Music Ensemble.

This year, the members of the three-judge panel were Jonathan Brielle, a writer for acts as diverse as Jay-Z and Broadway shows; Laz Hernandez, senior manager of Latin American music at Warner/Chappell Music Inc.; and Cris Zalles, a songwriter with more than 120 credits, including Santana and Disney.

The show operated in the style of “American Idol” or “The Voice,” with a video package featuring the songwriter giving some background about their composition, a performance and then feedback from the experts about topics like instrumentation, thematic clarity and song titles.

The judges picked senior Jess Nolan’s composition “Burn,” an empowering R&B song about burning bridges with a cheating lover and rising stronger from the ashes, as the champion of the night.

Nolan is a veteran of the Songwriter’s Showcase, reaching finalist status all four of her years at UM, including taking second place in 2011 with “Turn the Wheel Around,” co-written with another of the night’s performers, Adam Grossman.

Nolan was a constant presence throughout the night, not only performing her own song, but also singing backup for many of the other artists, including a duet with Grossman on his submission, “Hide and Seek.” Nolan won the opportunity to open for Jefferson Airplane founding member Jorma Kaukonen on Friday night.

The judges had a penchant for the cinematic in their silver and bronze medal recipients. In second place was “Outer Space,” a quirky indie-pop tune by senior Justina Shandler, which Laz Hernandez described as a pitch-perfect “sitcom theme song.” Rounding out the top three was junior Bonnie Dymond, whose lush, heartfelt ballad “Colorblind” was praised by Cris Zalles as “a song that should be in a movie.”

More than anything else, this evening of riveting performances displayed the talent of the songwriters among UM’s student body. As Bruce Hornsby Creative American Music Program Director Ray Sanchez said at the end of the night, “these kids are the real deal.” 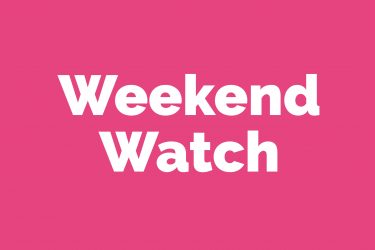