Cult classic creeps back on campus Before next week’s Homecoming and Halloween festivities, students will have a chance to bust out their corsets and fishnet stockings to experience virgin sacrifices, sweet transvestites and the “Time Warp.”

“The Rocky Horror Picture Show” is coming to campus with performances Thursday, Friday and Saturday nights. Quantum Entertainment (QE), with the Cinematic Arts Commission (CAC), will be running its annual shadow cast production of the adaptation of the 1975 musical comedy horror film at the Cosford Cinema.

This will be the first time in more than five years that the performance will not be held on Halloween, its traditional running date, because it would conflict with Homecoming.

The show is an opportunity for all students to express their truest selves, according to sophomore Tyler Felts, QE chair.

“Most of the audience is very interactive, and you can be completely free, you can wear whatever you want and don’t feel judged by anyone else, because everyone else is as crazy as you are,” Felts said.

Felts believes the film gained popularity because of the fan participation. Dressing up as a character from the movie and shouting out key lines has become part of the cult-classic tradition.

Junior Lissa Mandell, one of the show’s dancers, explained how dedication and an open mind are all it takes to be part of this “weird and fun” student-run show.

“As long as you’re confident, you can learn to look sexy, and the audience will like it,” said Mandell, a psychology and computer science major. “As long as you really want to do it, and you’re dedicated, anyone can do it.”

The show’s dancers are mostly responsible for keeping the audience engaged, performing as Transylvanians and preparing some surprises for the audience, including lap dances.

“Virgin” is a term coined by Rocky Horror to describe first-time audience members. Virgin rituals are performed at every show and are meant to integrate newcomers into the Rocky Horror community. The ritual can range from having them sport virgin-specific lipstick, to standing on stage in a number of sexually suggestive situations.

For the past few years “The Rocky Horror Picture Show” has had a full house every night, and Robert Pinney, chair of CAC, expects the same results this year.

The Rocky Horror Picture Show performance begins at midnight. Thursday’s pre-show will begin at 10:15 p.m. Friday and Saturday the pre-show will start at 11:00 p.m. 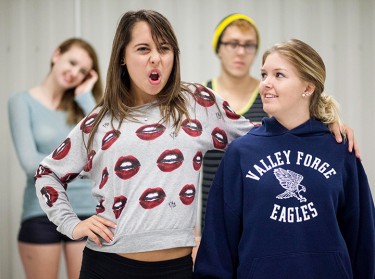 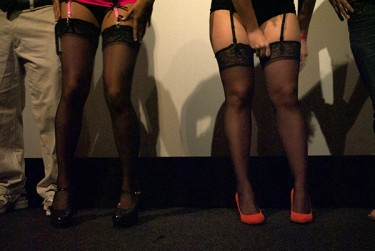 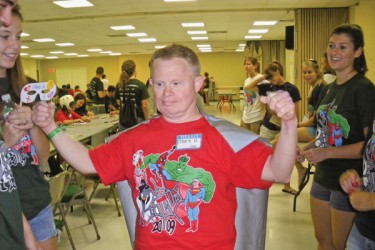