A series of traffic safety checkpoints will be set up in the area surrounding the University of Miami campus Tuesday from 9 a.m. to 2 p.m.

This will also coincide with events aimed at educating people on driving safety, in the hopes of lessening traffic accidents.

According to a press release from the Southeast Community Traffic Safety Team (SE CTST), the Florida Department of Transportation’s (FDOT) District Six is partnering with local law enforcement agencies to set up checkpoints.

Carlos Sarmiento, the FDOT District Six Community Traffic Safety Program Coordinator, said that the program urges people to pay attention when they are behind the wheel.

“We want the motorists to be aware of their surroundings,” he said.

UMPD Crime Prevention Officer John Gulla explained that the event isn’t just about enforcing traffic safety for motorists. It is also for cyclists and pedestrians.

He spoke of the growing number of students who walk with their cell phones out, a a trend he called “distracted walking.” This can be dangerous if students are not paying attention while crossing the street.

“We know people are going to be using their cell phones, but put it down when you’re crossing a busy street and use the crosswalks that are put in place,” he advised.

FDOT is also working with student groups from the University of Miami, such as Canes Emergency Response Team (CERT), Responsible and Educated Drivers (RED) and the Association of Commuter Students (ACS),  to host outreach programs focusing on bicycle and pedestrian safety in areas near UM’s campus. Due to poor weather conditions, these events have been put on hold, but will be rescheduled for a later date.

For more information, contact Carlos Sarmiento, community traffic safety program coordinator, at 305-470-5437 or at carlos.sarmiento@dot.state.fl.us, or Ivette Ruiz-Paz, media and public outreach specialist, at 305-470-5225 or at Ivette.Ruiz-Paz@dot.state.fl.us. 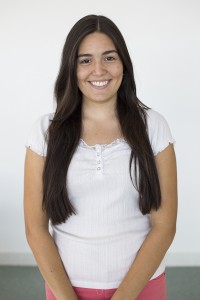