Coach Al Golden expressed his disappointment regarding Kevin Olsen’s suspension due to a DUI arrest, as he speaks to reporters on the practice field Monday morning. Alina Zerpa // Copy Editor

Redshirt freshman quarterback Kevin Olsen is no longer a student at the University of Miami as of Tuesday, according to the Office of Communications for Athletics.

Olsen was arrested near the Red Road Commons apartment buildings early Monday morning for driving under the influence (DUI) and possession of a stolen license.

In a press conference Tuesday, Head Coach Al Golden said that, although Olsen will not be returning to the university, this is not the end for him.

“He’ll come out on top,” he said. “The next step is to look forward and get on the right track and be successful. And he will.”

Golden said that he has known the Olsen family for a long time, which made the decision to remove him difficult.

Golden first announced that Olsen had been suspended indefinitely from all Miami Hurricanes football team activities at a press conference Monday.

According to the police report, Olsen was in possession of four identifications, including one from another member of the football team. He also reportedly stated, “the New Jersey and North Carolina one are good, but the Maryland one is fake.”

Olsen took a breathalyzer test and had a blood alcohol level of .04, which is above Florida’s .02 legal limit for drivers that are under 21-years-old.

This comes on the heels of Olsen’s prior suspension for the season-opening game against Louisville after failing a drug test.

Erika Glass and Aliza Zerpa contributed to this report.

PLAYLIST: Have a concert in your car
Candlelight vigil shines light on nationwide sex trafficking 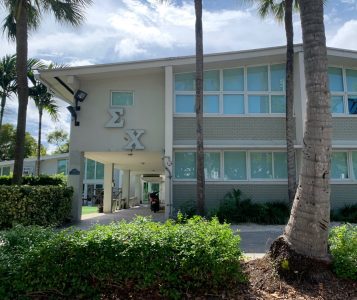