Simply put, there is no easy way to describe the latest from Israeli filmmaker Ari Folman (“Waltz with Bashir”). With elements inspired by one of Stanislaw Lem’s novels, “The Congress,” dazzles on screen, but with regards to the plot, could probably use some clarification.

The film focuses on Robin Wright, as a fictionalized version of herself, at a career slump with a string of box office flops following her rise to stardom. In an attempt to save her career and cure her son’s growing impairments, she allows a movie studio to scan her emotions into a digital version of herself to be used in several future films.

The production design for this first segment of the film is particularly impressive. While the viewer can assume that these scenes take place in the present day, some of the set pieces look noticeably retro – the old airplane hangar that Wright and her two children live in looks straight out of a film from the ‘60s or ‘70s. In fact, the only real indication that anything futuristic is about to happen is when the studio scans her.

After that, “The Congress” seems to turn into something else entirely, as it jumps forward 20 years into the future. There, Wright finds herself in an animated utopia whose inhabitants can take a chemical formula that will allow them to turn into who or whatever they want.

These scenes comprise a majority of the film, which left a mixture of impressions. For one thing, the animation is some of the best in any film, mixing the styles of American 2D animation with Japanese anime. It has that rare combination of being beautiful and bizarre at the same time, and it always left the audience wondering what they would see next.

However, the plot took a long time to figure out. The audience was never given any backstory as to what happened over those twenty years, like how the studio became a huge conglomerate, or exactly how the chemical is supposed to work. That made what viewers were watching – though dazzling – still pretty confusing.

While “The Congress” may not be the perfect fit for today’s mainstream audience, it still makes for an absolutely amazing experience with several possible interpretations. Those looking for more challenging cinema will likely not be disappointed. 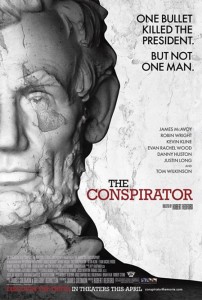