Female leaders in the culinary industry, like Misha’s Cupcakes owner Misha Kuryla-Gomez, will share their stories of sweet success during a panel session hosted by the School of Business Administration on Wednesday.

A Taste of Success is the first of three panel events featuring female entrepreneurs that will make up the 2014 LEAP Femmepreneur Success Series.

The other two events, which are coming up in March, are The Beauty of Success, featuring leaders in the salon, spa and beauty industry, and Runway to Success, centered on fashion.

Sophomore Brianna Scott, who is president of the Women in Business student organization co-sponsoring the Femmepreneur Success Series, thinks the culinary event will be especially valuable.

“Even though those last two are ‘typical’ female industries, at the culinary event, I think it will be really interesting to hear how these women were able to be successful in a field dominated by men,” she said. “I feel like the struggles they encountered will apply to all women.”

The members of the panel – ranging from restaurateurs to food writers – will be introducing themselves and explaining how they got to where they are before the floor opens for a question and answer session.

The six women who will share their experiences are: Adrianne Calvo, chef-owner of Chef Adrianne’s Vineyard Restaurant and Wine Bar; Linda Gassenheimer, host of Food News and Views on WLRN; Felecia Hatcher, owner of Feverish Ice Cream and Gourmet Pops; Dena Marino, chef-owner of MC Kitchen; Ellen Kanner, Meatless Monday columnist for The Huffington Post; and Kuryla-Gomez. Michelle Villalobos, a personal brand strategist who gives talks around South Florida, will be the emcee.

Students at A Taste of Success will be able to network with these leading ladies after their panel session, as well as with other notable community members in attendance.

“I’m excited to see the synergies that will take place, the networking and exchange of ideas among the women in the audience,” said Benjamin Leis, who approached Women in Business about supporting the Ladies Empowerment and Action Program (LEAP) event.

Leis, who graduated from UM in 2004, works in the Office of Annual Giving at UM and is a member of the Greater Miami Chamber of Commerce’s Leadership Miami program, which partnered with LEAP to put on the Success Series.

Linda Gassenheimer, who is also an award-winning cookbook author and writes the “Dinner in Minutes” column for The Miami Herald, said it is a privilege to be able to share her story with the students and the community.

“My ultimate message for success is to follow your passion and gain the techniques and tools needed to achieve your goal,” she said.

Scott believes that the Women in Business mission, along with these events, is relevant to all female students, no matter what industry they are in.

“As a woman in certain scenarios, women’s issues will arise, like the wage gap or gender discrimination, which we help to address on campus and prepare students for,” she said. “In college, everything is on an equal playing field, but it may not be that way when we enter the workforce.”

“I’m really excited to see Misha. I think we all are,” she said. “It’s like in SpongeBob with the Krabby Patty recipe, and we all want to know: What are you putting in those cupcakes?”

What: A Taste of Success 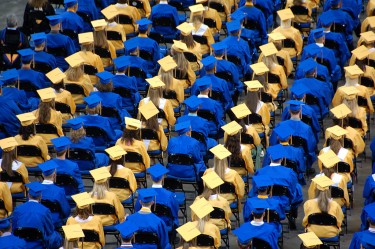