Home » ‘End of the Rainbow’ shines in its tragedy

‘End of the Rainbow’ shines in its tragedy There are few cultural figures who are more admired and adored by the American public than Judy Garland. Viewers across the country and the entire world have made the “Wizard of Oz” and Garland’s performance as Dorothy into artistic touchstones, familiar to millions of fans. But Garland’s own life was far from the Technicolor dream world of yellow brick roads and ruby slippers.The Actors’ Playhouse explored the last days of the entertainment icon who was loved by everyone but herself in their heart-wrenching production of “End of the Rainbow.”

“End of the Rainbow” was written by Peter Quilter in 2005, and had its West End premiere in 2010. It opened on Broadway in 2012 to critical acclaim, garnering Tony Award nominations for its two leads.

The show takes place over six weeks in 1968, just six months before Judy Garland’s untimely death. With her new fiancé and manager in tow, Garland has arrived for an engagement at London’s Talk of the Town nightclub. However, her luggage isn’t the only baggage she has to deal with. She is flat broke, in the midst of a life-long struggle with alcohol and drug abuse, and in desperate need of a comeback. “End of the Rainbow” paints a profoundly human portrait of this larger-than-life figure as she battles the insecurity that has plagued her since her entrance into the cruel world of show business.

Kathy St. George stole the show with her powerhouse performance as Judy Garland. Not only is she the spitting image of the musical legend, from her petite frame to her distinctive vocal patterns, she possesses every ounce of Garland’s star power. The sheer amount of energy she brought to the role was impressive as she bounced from one erratic extreme to another.

When a play is centered around such a force of nature as Judy Garland, there is always the risk of the supporting cast being steamrolled by her unmitigated intensity. Still, the men of “End of the Rainbow” brought fire and vitality to their roles and proved excellent foils to their dynamic leading lady.

Michael Laurino was a well-matched sparring partner for St. George as Garland’s fiancé and manager Mickey Deans. Genuine sparks fly between the two lovers in their passionate arguments, and Laurino’s descent from Garland’s self-proclaimed protector to a provider of the very poisons he had tried to shield her from was tragically poignant. Colin McPhillamy bring warmth and empathy to his performance as Anthony, Garland’s concert pianist and confidant. His final attempt to save Garland from herself at the play’s conclusion was perhaps the most moving moment of the show.

Production values were up to the usual high standards of the Miracle Theatre. Although the sound system was occasionally a bit fuzzy, the dazzling costumes and the lavish set, which transformed from Garland’s hotel room to the nightclub stage in mere seconds, more than made up for the small glitches.

In a quote near the play’s close, Garland states that achieving “immortality might just make up for everything.” She undoubtedly got her wish, but watching the Actors’ Playhouse’s poignant production of “End of the Rainbow” should make audience members consider whether it was worth the heavy price she paid.

WHEN: 8 p.m. Wednesday to Saturday, Sunday at 3 p.m. through Feb. 9. The theater will be hosting a pre-show lecture series on addiction in partnership with Baptist Health South Florida one hour before each show. 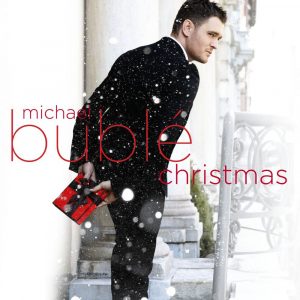