Rhythm Nation, a new dance organization, is making waves on campus by encompassing not only dance, but a variety of aspects of the performing arts.

As president of Rhythm Nation, junior Kenthia Farmer led the organization to its first win as a competitive dance team at the International Dance Competition (IDC), a yearly competition hosted by the Council On International Student Organizations (COISO).

“I was excited that the members were excited,” Farmer said. “For them to have the patience and dedication and excitement for the organization and feel the reward of working hard this semester was the most rewarding aspect for me.”

Not all members of Rhythm Nation are dancers, however. The group tries to recruit members who embody all elements of performing and is also open to makeup artists, costume designers, stage managers and hair stylists.

For many members of Rhythm Nation, being in the organization meant a new sense of belonging in a group distinct from other dance groups on campus.

“It’s given me a lot of opportunities to grow and dance and try different styles and be a leader as well,” sophomore Kenya Tay said.

Members of the organization also aim to promote diversity and acceptance of everyone, regardless of talent. Sonny Huynh is a sophomore who specializes in popping and electric dancing.

“I’ve been dancing for a few years now, and I wanted to join a group, but the others were too uptight,” he said. “Rhythm Nation is for everyone, even if you don’t know how to dance.”

For students who want to get involved, Rhythm Nation holds auditions at the beginning of each semester. 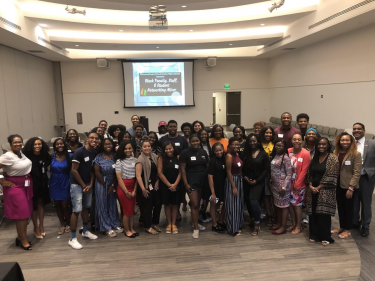