You may have blasted his hit song, “A Million Lives” when it came on the radio, or heard about his upcoming show at The Fillmore Miami Beach. Or maybe you saw him wandering around campus last year. Rapper Jake Miller is a former UM student. The 20-year-old Florida native spent a semester at UM before going on tour last January.

For Miller, music began as a hobby in high school. He started recording using GarageBand and posting videos on YouTube.

“I had no intentions of pursuing music as a career,” said Miller, who was surprised when his videos received such positive reaction first at his school, then in his hometown of Weston, Fla.

Miller quickly discovered his passion for music, putting more and more time into his craft and building an impressive fan base. As he gained recognition, Miller has had the opportunity to perform alongside countless well-known artists, including one of his inspirations, Mac Miller. He has also released three EPs, and his first full-length album, “Us Against Them,” hits stores Tuesday.

“I took it from a hobby to a full-blown career,” said Miller of his success.

The  rapper began his college career enrolled at FSU. However, during freshman orientation Miller was contacted by a record label, and ended up leaving that weekend for a showcase in New York. Though he didn’t take that deal, the experience opened up his eyes to the opportunities in the music business. In what Miller described as a “crazy risk,” he deferred from FSU, taking the year off instead to focus on music.

But his parents were supportive, allowing him one year to see where his music would take him. After the year,  Miller recalled that though things were going well for him, they were not moving as fast as he would have liked. So, last fall, Miller enrolled as a part-time student at UM.

Miller studied here in the fall of 2012, driving down three days a week to take classes. He remembered those times fondly, saying that although he didn’t get the chance to become involved in campus organizations or Greek life, he met a lot of cool people and enjoyed his time. However, after his first semester at UM, Miller once again had to defer when he booked his first tour in January of 2013.

“I didn’t even have time to do one online class,” he said.

For now, Miller has no plans to return to school. His sights are set on his career and upcoming tour, The “Us Against Them” Tour, which kicks off Friday at The Fillmore.

Miller’s music stands out in today’s popular scene because his music isn’t just about “catchy hooks,” but about imparting a message. This is true of his hit single, “A Million Lives,” which talks about the impact of his music on his fans and the impact his fans have had on him. Miller admits that he began his musical career trying to emulate other artists he admired. Eventually, though, he began cultivating his own sound and focusing his music on helping others and reaching out.

“If you have the ability to reach out to this many people and you don’t use it to spread positivity and spread a good message, it’s kind of a waste,” Miller said.

“US AGAINST THEM” TOUR 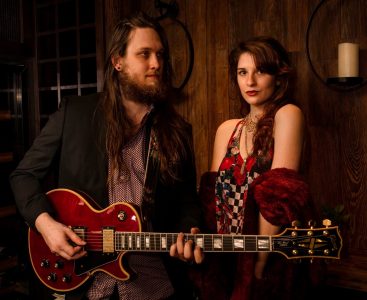