Blogs, Quinlan vs the World

I had intended to write a column about the positive effect of Malala Yousafzai, the 16-year-old Pakistani blogger-turned-education activist who is recovering from a gunshot to the head and charming hearts all over the world.

Truly, Yousafzai is one of the more inspiring people I have heard of alive on this planet, and it is through people like her that I am personally inspired to seek change in my own environment. If you haven’t yet seen the viral video, check out her incredible interview with Jon Stewart that leaves the poor man speechless in awe.

Her high-profile tour of Western media outlets coincided with the announcement of the winner of the Nobel Peace Prize, for which she was nominated and widely expected to win. She is an incredible advocate for peace, even bringing up the issue of drone strikes with 2009 winner  Barack Obama.

Of course (and unfortunately for my column), Yousafzai did not win. Instead, the honor was granted to the Organization for the Prohibition of Chemical Weapons (OPCW) for its ongoing work to enforce the diplomatic agreement to remove chemical weapons from Syria after gas attacks killed more than 1,400 in the ongoing civil war.

I was originally disappointed. How could they snub Yousafzai? It was preposterous. Then, I actually thought about it and realized that it was the right choice, for a variety of reasons:

1. The OPCW is combatting one of the most egregious affronts to human rights seen in wartime in decades. That alone justifies the award.

2. As Princeton’s Zeynep Tufekci points out, the world is full of brave people like Yousafzai, and it is no discredit to her efforts to give the award to an influential nongovernmental institution, a much rarer sight in world politics.

3. The efforts of the OPCW are very much involved in the day-to-day advancement of peace, whereas Yousafzai’s efforts are more long-term ideas in a country with huge intractable problems. Consider the ridiculousness of awarding the Nobel Peace Prize to winners like the European Union and Barack Obama to see why it makes no sense to ignore current insults to peace in favor of rhetorical solutions.

4. Yousafzai is still not even yet an adult. It appears that she will (rightfully) have a life before her of international fame and advocacy, and may rise to be the next great Aung San Suu Kyi or Mahatma Gandhi or Martin Luther King, Jr. I don’t doubt that she will one day win the Nobel Prize, but part of the reason she is so passionate about education is because she is still in school. I have worries about the negative, or worse, imperialistic effects of the bright-lights Western paparazzi to Yousafzai, even if she has been excellent in public life thus far.

5. Two groups of people who are upset about the Nobel Prize process are the Pakistani Taliban, and Syrian monster, chemical-gasser Bashir Al-Assad (who, absolutely incredulously, jokes he should have gotten the award). If you’d like to consider yourself among such company, go ahead and think Yousafzai should have won.

How the failures of government contracting and IT procedures led to the collapse of healthcare.gov, the signature tech interface for Obama, the Internet president – Alex Howard in Buzzfeed 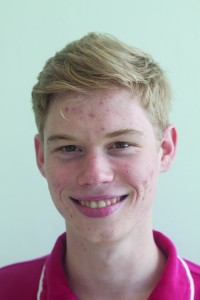