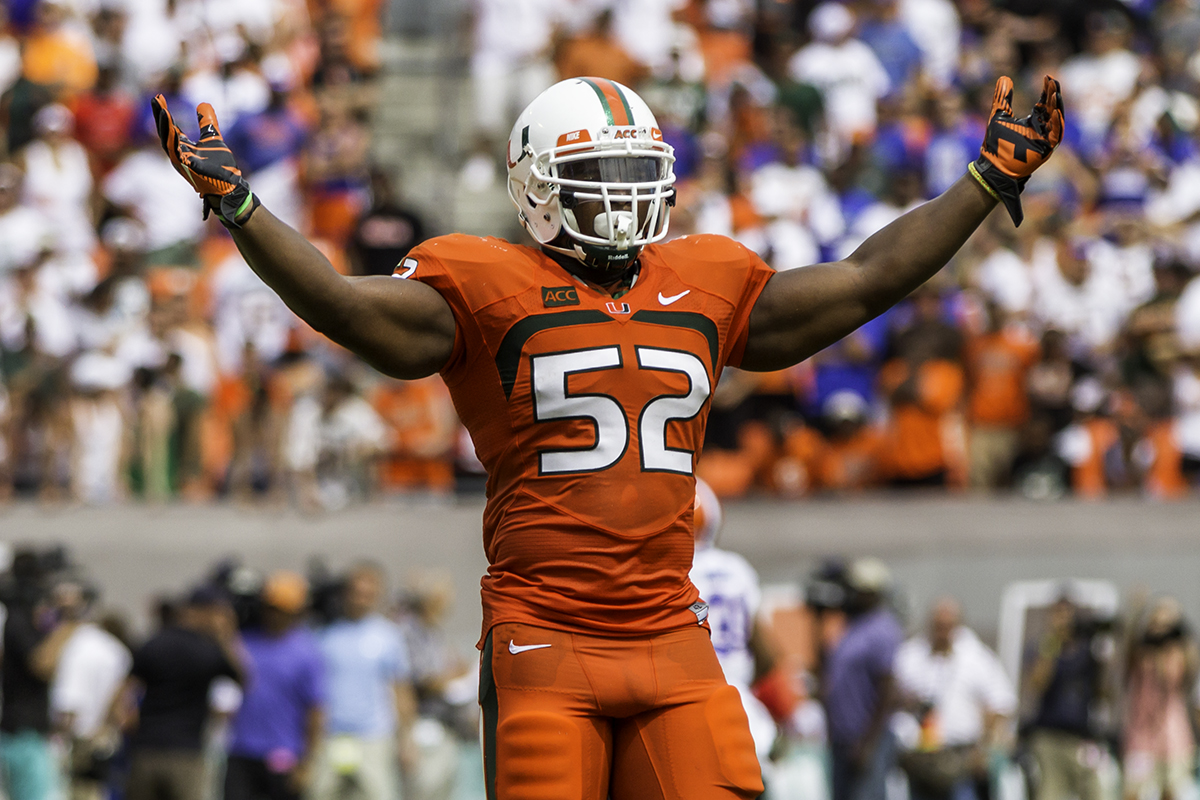 The Yellow Jackets lead the overall series between the schools 10-8, but Miami has won the last four meetings.

Coach Al Golden spoke to the media about the upcoming challenges and excitement as Miami enters the conference schedule.

“Obviously we’re kicking off the ACC conference this week and going against a foe who gives you a number of things with a high degree of difficulty,” he said. “I have a lot of respect for coach [Paul] Johnson, Georgia Tech and the job they’ve done: Sixteen consecutive bowls.”

Golden also praised the Yellow Jackets for their trips to the ACC title game in North Carolina.

“They’ve been one of two teams on the Coastal side that has represented us in Charlotte, won the division and obviously won a championship,” he said.

The story of Miami’s season thus far has been the unexpected success and major development of the Hurricane defense.

Miami ranks second in the ACC and fourth nationally, with four sacks per game.

Additionally, Miami is tied for the conference lead with 13 turnovers. That figure ranks fifth nationally.

On Saturday, Johnson’s vaunted triple option offense will put Miami to the test.

“It’s an offense that is top 10 in rushing, time of possession, third downs, sacks against and it’s a defense that’s in the top 10 or top 25 in a lot of the same critical categories,” Golden said. “Red zone scoring, total defense, rushing defense, third down, pass defense. I think they have only given up 10 points in the second half.”

“On top of all of that, Sean Poole is one of the best punters. Their net punt is ranked sixth in the country. It’s a great challenge for us, and we’ve been working like crazy the last two days to get ready for it,” he said.

While Golden has clearly done his homework ahead of this matchup, the Canes must also look to minimize penalties on both sides of the ball.

Miami had trouble with untimely flags in its win against South Florida.

“Some of them have been so egregious. They’ve taken points off the board or swapped the field. This past game … a 102-yard touchdown we wiped off, and a 66-yard punt return,” Golden said. “You can’t do that and beat Georgia Tech. You just can’t. If you turn the ball over, if you go backwards, you can’t beat them. We have to get that squared away quickly.”