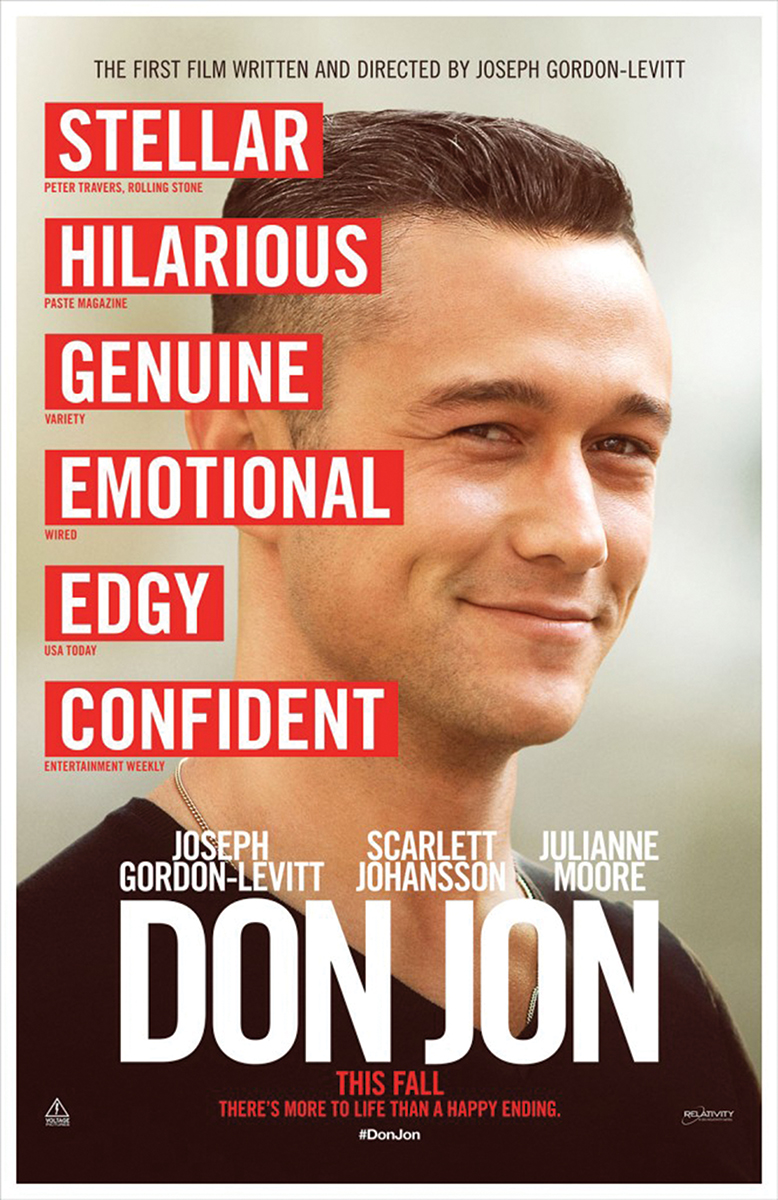 Actor Joseph Gordon-Levitt took some bold risks when he made “Don Jon.” Not only did he dare to star, direct and write the screenplay for the film, but he also dove into a plot that isn’t exactly your typical comedy.

He objectifies women, and his friends applaud him for it, calling him Don Jon. But then he meets Barbara (Scarlett Johansson).

You’re probably thinking what I was thinking at this point: “They’ll live happily ever after like every other rom-com I’ve ever watched.” Well, think again. Gordon-Levitt’s script is witty and fast-paced, and the plot’s originality takes “Don Jon” to another level. Its twists and turns will keep you guessing about the ending until the last minute.

But the naked women and at-times distasteful dialogue between the male characters aren’t the focus of the film. At least that’s not what I got from Gordon-Levitt. It’s a film about a man trying to figure out how to get over his one-sided relationship with women. I think he truly does want to feel something with women, and he fights to find that.

The cinematography was amazing, for lack of a better word; kudos to Thomas Kloss. It reels you in as soon as the film starts. The cast is also superb; Gordon-Levitt, Johansson, Tony Danza and Julianne Moore all give stellar performances.

Almost everyone in the cast broke from the usual characters they play. Johansson wasn’t the sweet, gorgeous girl she often plays; and Gordon-Levitt wasn’t the naïve hipster from “500 Days of Summer” or the sweet, let-me-be-your-girlfriend guy from “50/50.”

Gordon-Levitt knocks it out of the park in his directorial debut. Not only does he tackle an original plot, but he manages to do so perfectly.

He doesn’t just scratch the surface of his characters, he digs in deep and allows the audience to connect with and understand a character who would normally be hated.