A powerful sound of hands beating against bongos, mimicking the groove of the Latin music playing from a nearby storefront’s speakers mixes with trumpets blaring as tourists stroll over the path of domino tiles as their feet pitter-patter on the pavement leading to the infamous Domino Park.

Some were huddling near a stand full of bright jewelry. The owner of the stand, a short older man with a thick Spanish accent told them, “This is coconut, this is shell,” as he pointed first towards the left side of the table, then to the right. “English or Spanish?” he asked each of them.

Across the street, there is a building with a towering multi-colored ice cream cone with “Azucar” written in small, pink neon-lit letters. Beneath it, there is a tagline that reads “Homemade [Cuban] ice cream.”The inside of the store is lined with cushioned couches made of guayaberas and the floor is made up of replicas of Cuban tiles.

The owner of the store, Suzy Batlle, explained that she went to Penn State University to learn the art of making ice cream after the bank industry started to falter, affecting her career.

“My grandmother made ice cream many years ago in Cuba,” she said. “My love for ice cream came from her.”

The store offers up Cuban-inspired flavors like mamey, café con leche, flan, and the most popular, Abuela Maria, which is filled with guava, cream cheese and Maria crackers.

“I also take suggestions from my customers,” she explained. “Mantecado, which is a Cuban vanilla, was something I made with these guys from Domino Park.”

“Little Havana,” which stretches west to east from Douglas Road to I-95 near 8th Street, got its name in the 1960s when the neighborhood began to emerge as being comprised of a largely Cuban population.

Much of the Cuban population was fleeing to America in pursuit of escaping political persecution during this time. Today, it still keeps hold of its cultural ties to Cuba.

Viernes Culturales, or “Cultural Fridays,” is a large cultural festival full of live music, domino games, local arts and crafts and dancing. Cultural Fridays take place on the last Friday of every month on Calle Ocho between 13th Avenue and 17th Avenue, from 7 to 11 at night.

Little Havana sets itself apart from other areas of Miami because of how much importance the inhabitants put on keeping their cultural roots intact.

On 14th Avenue and 8th Street, a McDonald’s is occupied by a group of locals who sell signature Latin American “panama hats,” underneath a banner advertising a new clubhouse quarter pounder. A couple blocks down you can try pizza Cubana and traditional Cuban sandwiches at La Esquina de La Fama restaurant and cafeteria. At Cuba Ocho, you can enjoy a mass collection of Cuban art created between 1850 and 1958.

No matter what street you decide to cross, as long as you’re in Little Havana you’ll find an authentic slice of Cuban life waiting to be discovered. 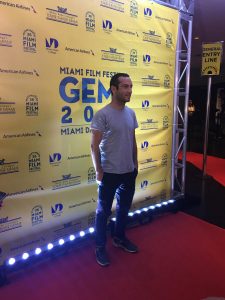 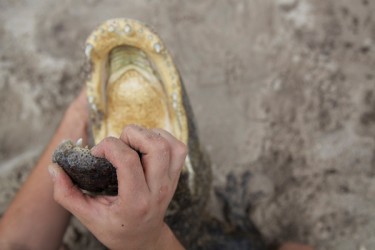