Blue lights fade in, outlining the deer’s profile in vivid silhouette across the top of the theater. Brakes screech. It’s an arresting visual and a significant one; an entire play is built around the aftershocks of these 30 seconds. In a stirring production of “Sons of the Prophet,” GableStage at the Biltmore Hotel explored the universality of pain and how we learn to cope with the suffering that surrounds us.

“Sons of the Prophet” is a Pulitzer Prize for drama finalist by Stephen Karam about the Douaihy brothers, who must confront everything from heritage to faith to relationships when their father is killed in a freak car accident.

The show deals with homosexuality, depression and religion without judging its subjects, allowing the play to explore sensitive topics through humor. The dark humor prevents “Sons of the Prophet” from sinking under the weight of its own heavy themes; on the contrary, it’s an evening full of both laugh-out-loud jokes and thought-provoking moments.

GableStage’s cast excelled at maximizing the show’s comedic elements. As the older brother Joseph, Michael Focas demonstrated his gift for deadpan delivery, playing the “straight man” to the insanity around him. He was particularly hilarious as he attempted to handle a medical answering machine, which will ring true with anyone who has ever dealt with one. Michael Kushner, who portrayed Charles Douiahy, delivered some of the night’s most memorable punch lines with the flair and panache of a natural comedian, though his dramatic turns sometimes felt slightly forced.

The dynamic chemistry of the actors, particularly in large group scenes, kept the crowd fully engaged through the 90-minute show. George Schiavone was nothing short of brilliant in the role of Uncle Bill. His moments of boiling, frustrated anger at the death of his brother were spot-on, and his commitment upped the energy of each one of his scenes. Jose Urbino also deserves commendation for his portrayal of the reporter Timothy. Among a cast in which some members occasionally struggled with over-rehearsed stiffness, Urbino inhabited his role with relaxed believability and crafted compelling banter with Focas’ character in their shared scenes.

GableStage’s production featured several noteworthy technical elements. Lyle Baskin’s set design was simple, yet effective, utilizing multiple levels and moving platforms with an ease that was subtly beautiful in its smooth transitions. The performance space caused a few minor difficulties. Projections were distorted, and actors were sometimes closed to parts of the audience due to the width of the stage, but the setbacks were handled well. A comedy about pain might seem like an unlikely evening in the theater, but in GableStage’s poignant production of “Sons of the Prophet,” no pairing seems more natural. After all, sometimes if you don’t laugh, you’ll cry.

What: “Sons of the Prophet”

When: Runs through October 21st. Thursdays, Fridays, and Saturdays at 8 PM, Sundays at 2 PM and 7 PM

Tickets may be purchased online at www.gablestage.org. Discounted student tickets are available for Thursday and Sunday night performances. 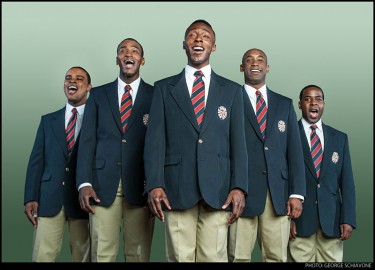 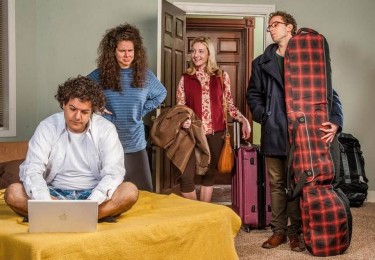 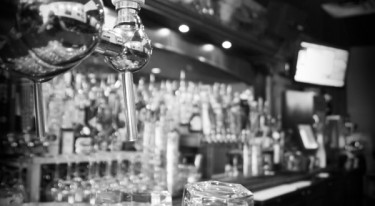