Home » Loopholes allow for underage drinking at the Rat

Loopholes allow for underage drinking at the Rat Raising your right wrist at the Rat is as common as buying a pitcher of beer.

The sole on-campus bar uses wristbands on the right hand as a system for verifying the legal age to drink alcohol. But with its larger location at the Student Activities Center, are underage students less likely to get caught with alcohol?

Zoa James, a student manager at the Rat, said that drinking alcohol is monitored and under control.

“Underage drinking is not tolerated at all in any way, shape or form,” he said. “Students who are caught with fake IDs, we confiscate them and turn them over to the dean of students.”

Students like junior Meghan Murphy, who is underage, believes that a cup of beer doesn’t justify the risk.

However, some underage students are willing to try, regardless of the consequences.

“I went to the Rat before fraternity ‘bid day’ on [Sept. 6] and drank beer there from 11 to 5, and I’m only 19,” said a UM sophomore who agreed to speak with the condition of anonymity. “My friend who is 21 slipped me her wristband so I didn’t get caught. But then again, it was pretty packed and chaotic that day.”

The Rat is aware that there are some loopholes in the verification system. When servers become overwhelmed, their supervisors reportedly pulled them aside to make sure they had everything under control.

“Sometimes it happens,” said Everett Price, director of the Rat. “We’re very diligent about it, but the criminals are always ahead of the cops. When the servers are overwhelmed, we help them out. We emphasize the importance of IDing everyone to our staff – even if they’re 80 years old, we ID them.”

According to Price, the Rat’s staff is required to complete training every semester with Responsible Vendors Inc., a program that trains employees who serve alcohol. However, servers still prove fallible.

According to Florida state law, serving alcohol to patrons under the age of 21 can lead to possible revocation of the vendor’s liquor license and other serious penalties such as a fine.

When it comes to enforcing the Rat’s drinking policy, it is ultimately at the servers’ discretion.

“I went to meet some alumni that were coming down for the Gators game on Thursday at the Rat,” said Christy Irizarry, a 21-year-old senior. “As we got a glider outside, everyone decided pitchers must be ordered at once. As the waitress came over and we ordered our beer, I noticed that I forgot my ID at home. I stated out loud how I just turned 21 and I forgot my ID at home. Our waitress said that she trusted me and gave me a wristband.”

Irizarry had never met this server before but said she seemed stressed and likely trusted her because her friends were 21.

Although she is of drinking age, Irizarry felt the Rat lost credibility because of its server’s lack of respect for its policy.

“Before I turned 21, I never even tried to get alcohol at the Rat,” she said. “I heard how hard it was to be served, and how, if you tried, there would be severe consequences. I wasn’t asking the waitress to serve me without an ID, but when she offered, it made me think it must be easier to be served than everyone thinks.”

“It’s possible when the Rat is busy that we can’t see everything,” Breon said. “When it’s hectic, we don’t have time to be as meticulous.”

The Rat’s policy states that “Persons using the University Rathskeller facilities are bound by all State and local laws and ordinances.

A violation of any applicable public law or ordinance is also a violation of the university rules and regulations under this section and will result in university disciplinary action and/or prosecution by civil authorities.”

Price has worked 21 years as the Rat’s director and is not concerned with underage students drinking alcohol. 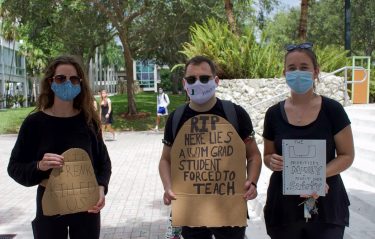