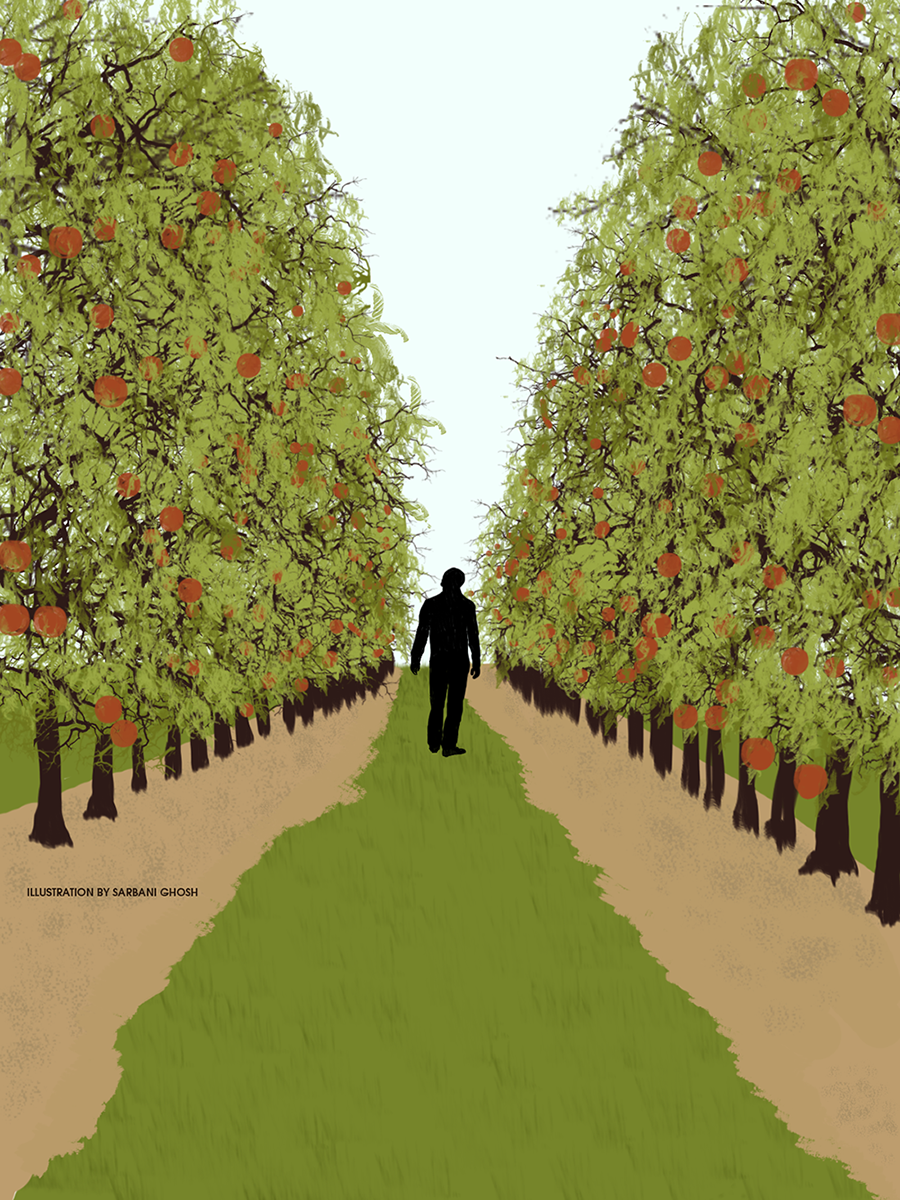 For years, author David Sedaris has maintained a strict no-movie policy, never granting rights to his work. But University of Miami alumnus Kyle Alvarez was convinced he could change the author’s mind. After a year of rejection from Sedaris’s team, Alvarez showed up at his book signing and handed the hesitant writer a copy of his debut film.

Friday marks the release of the first movie adaptation of a story by comedy writer Sedaris. The piece, titled “C.O.G.” (Child of God), was published in 1997 as a part of his short story collection, “Naked.” According to Alvarez, Sedaris had previously turned down offers from major production companies such as HBO and Fox.

Alvarez, who studied motion pictures production and English literature at UM, knew he wanted to make this film since the first time he read “C.O.G.” in high school. The story chronicles Sedaris’ experiences working on an apple farm in Oregon.

“The specific narrative was a familiar one,” Alvarez said. “Someone going out in the middle of nowhere and finding themselves, that’s something we’ve seen before. But I thought it was such an interesting turn on it … it was almost the reverse of everything you expected to happen.”

Alvarez hoped that giving Sedaris his first film, “Easier with Practice,” would help win the writer over.

“Easier with Practice” is a quirky love story about a writer who falls for a phone sex operator and is based on a piece by Davy Rothbart, who Sedaris knows through the National Public Radio show, “This American Life.”

This connection, along with the strength of the film, sparked an interest in Sedaris, who ultimately agreed to grant Alvarez rights to the piece. Sedaris told The New York Times in January that after watching “Easier with Practice,” he sent Alvarez an email with the subject line, “Your excellent movie.”

Alvarez was drawn to Sedaris and Rothbart’s work because of the candor of the writing.

“They were stories I wouldn’t be daring enough to tell on my own,” he said.

Alvarez’s passion also helped him direct and write the adaptation. He did not set out to mimic Sedaris’s voice, but rather to convey the emotional experience of reading the story.

“My goal was not to try and recreate it,” Alvarez said. “It’s more about trying to stay true to the feeling that the story gave you than the story itself.”

Alvarez finished the film in 18 days, working with a limited number of takes and a cast and crew that faced a certain amount of pressure.

Jonathan Groff, the lead actor, adapted himself to these conditions. His character appears in a majority of the movie. Groff has appeared on the TV show “Glee” and received a Tony nomination for his role in the Broadway production of “Spring Awakening.”

“I knew there was something there that could carry the film, so I got really excited,” Alvarez said. “He had a lot of qualities that I was looking for.”

The period between filming and post-production took less than a year. Once finished, the film encountered immediate success, screening at the Sundance Film Festival back in January.

Alvarez hopes the complex themes about sexuality and religion in “C.O.G.” will generate conversation amongst viewers. Alvarez wants audience members to take away the important ideas that made the story important to him.

“I hope they leave questioning the character in the story and what it is he really learned,” he said.

“C.O.G.” premieres in theaters and will be available for online streaming Friday. O Cinema will screen the movie at its Wynwood location.

When: Friday to Wednesday, various times.