The strong academic culture that makes the University of Miami an elite institution shows a shift in focus from days in the sun to nights in the stacks.
It’s hard to believe that UM was officially ranked the best college in Florida by the U.S. News & World Report only four years ago. It’s even harder to believe that UM was still working to shake off its “Suntan U” image well into the ‘90s.
But what’s most surprising is that despite the fact that UM is now a top-50 school, there are still people around the country who see UM as otherwise.
Even recently, employers have remarked that they were surprised to see such skilled candidates from UM. Graduate school admissions officers have similarly questioned the value of a UM education.
Indeed, there was a time when UM was essentially a vacation spot. Campus had fewer places to study and more places to play. There was a bowling alley in the University Center, and the Rat was open so late that it had a bouncer. And we acknowledge that.
Today, UM students get to have a good time while receiving an incredible education. We learn from acclaimed professors and study in top-notch facilities. This college is full of student leaders, ones who have dined with the president of the United States, and dozens of others who receive prestigious fellowships each year.
Freshmen still tan on the intramural fields, but who wouldn’t when it’s 85 degrees and sunny? Warm weather attracts Northeasterners to South Florida, and it also attracts the snowbirds’ grandchildren to UM. Weather is an important factor that actually affects a student’s happiness and success.
We will undeniably face outsiders who look down on our school. In South Florida, everyone knows the true value of the U. Others beyond have not caught up with the times. It’s up to alumni – that’s us, once we graduate – to strengthen UM’s reputation and expand its network by excelling in their fields.
Reputation matters. To an extent. The college you attend is one of the first factors by which you’ll be judged when you apply to internships now as well as jobs and graduate schools in the future. But it’s only a superficial measure.
In a professional setting, the way to break through UM’s unfounded reputation is to stand on your own merits: the internships you’ve held, the projects you’ve spearheaded, and the challenging courses you’ve taken – all thanks to this university.
We are products of the U. We are proud to be products of the U. And we are great products, at that. 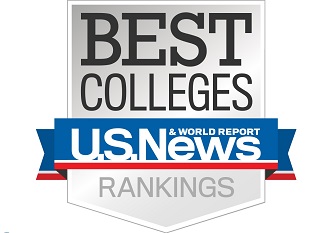 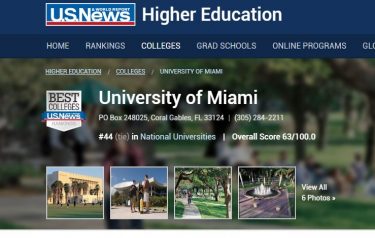