Football, academics not defined by numbers We have seen a recent change in our university’s rankings. On Sunday, the Associated Press named our football team No. 15 in the country. On Tuesday, the U.S. News & World Report ranked UM No. 47 in, you know, academics. (I’d like to note that the University of Miami is ahead of the University of Florida in both the classroom and the gridiron).

I’m not exactly sure which is more important to our campus. Apparently, as these rankings would have us believe, our school has gotten better at football in the past week­ – going up more than 10 spots­ – but worse at school in the past year – dropping three spots. Is that really the case? What do rankings even mean?

In football, nothing. That might sound like something a coach would say in a post-game conference, but, the truth is, where our team ends up in mid-winter is determined by wins and losses, not weekly rankings along the way.

In academics, it doesn’t mean all that much either: Once a school is above a certain threshold, like the top 50 universities, the differences become negligible. You’ll learn the same macroeconomics at Harvard that you would at UM.

There is, however, a symbolic importance of rankings. A good football ranking will attract media attention, and it certainly is great that more than 100 potential football recruits were at Sun Life Stadium this past weekend to watch the Hurricanes beat the Gators.

In academics, rankings normally aren’t important within the “top-tier” category except for bragging rights, but UM is a notable exception.

UM first made it into the top 50 national universities in 2010, which seems like a long time ago in Twitter years, but is actually very recent in college years. Within the past decade, UM ranked in the high ‘60s, which is scary if you realize that’s near FSU.

As such, when our rankings shoot up, and we rise past schools that are two or three times older, people pay attention. Long-term perceptions change, and the quality of UM rises in tandem.

If college is nothing more than a talent magnet, then it pays to be magnetic. As the school sustains its rise, everyone and everything associated with it benefits, such as alumni whose diplomas attract more job offers or the city of Miami that can drain higher quality talent from other places.

The problem is that we haven’t sustained our rise. We fell three spots. And the problem there lies with the rankings.

Simply put, the rankings are a poor measure of an actual education, and the variables measured are subject to change. They’re only “indicators” of whether students learn or not, and they don’t take into account how many graduates get jobs, for example.

Why, then, have we dropped?

This year, the U.S. News & World Report decided to put more emphasis on graduation rates than incoming SAT scores, focusing on how many incoming students graduate in four or six years.

In the long run, this is probably a good thing, as a growing body of literature suggests that low graduation rates are partially responsible for the explosive growth in tuition, arguably the biggest challenge of college today.

In the short run, however, our school has seen such a phenomenal rise of incoming SAT scores – we’ve gone up 50 points in the past three years alone – that our graduation rates are lagging behind, and the data don’t reflect our school properly.

In a statement to The Miami Herald, Provost Thomas LeBlanc said that the school will focus on doing everything possible to ensure that students graduate with a University of Miami degree. The administration is working toward bettering our education and our image.

This raises the important point of what we students can do to also affect the rankings.

At football games, it’s simple: Be really loud, and our team has a better chance of winning. With academics, it’s also simple: Graduate on time, and your degree means more. 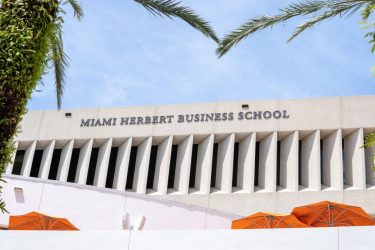