Since winning “The X Factor UK” in 2011 – the first group entry to do so – British girl group Little Mix has quickly become an international success. The girls – Jesy Nelson, Perrie Edwards, Leigh-Anne Pinnock and Jade Thirlwall – were recently certified double platinum in Australia and debuted at No. 1 in the UK with their single “Wings.”

Little Mix now has their eyes set on the U.S. The group will release its debut album, “DNA,” on May 28 and make its U.S. television debut on “Good Morning America” on June 7.

One listen to “DNA” and there’s no doubt the girls will soon take over America. The vocals are strong and the tracks are catchy. The album kicks off with “Wings,” an empowering pop song against haters. The track has the same quality that the album and the group itself has: sass. And if there’s anything that artists like Nicki Minaj and Cher Lloyd have taught us, it’s that attitude – especially for female performers in today’s industry – is a must.

The next track, “DNA,” shows the girls’ edgier side. The stand-out harmonies on this song are incredible and the lyrics are catchy: “I’m the X to his Y/It’s the color of his eyes/He can do no wrong/No, he don’t need to try.”

It’s notable that the group co-wrote the majority of the tracks on the album, including “Wings,” “DNA” and “How Ya Doin’?”

“Change Your Life,” “Pretend It’s OK,” “Turn Your Face” and “Always Be Together,” some of the slower songs on the album, let the girls’ vocals – and harmonies – shine. The ballads, which could have easily been lost amid the energetic pop songs on the album, manage to stand out on “DNA.”

“We Are Who We Are” is more than just a catchy girl anthem. Once again, Little Mix’s vocals are strong and the arrangement is flawless. It’s the better version of Selena Gomez’s “Who Says.” The girls sing: “Pretty’s just a petty word/And I’m gonna shine like a star/Cause I’m the only me in this world.”

There’s no doubt that “How Ya Doin’?” is one of the highlights of this album. With its ‘90s groove and sassy lyrics, it’s easy for the girls to shine on this track. “So long, baby, I’m gone/You can leave a message for me after the tone,” they sing.

The music and lyrics on “Red Planet,” featuring TLC’s T-Boz, are similar to the title track’s. It’s yet another solid addition to “DNA.”

The final track, “Madhouse,” leaves fans on a high. The up-tempo pop song is perfect for getting ready before a night out. It’s definitely one of the edgier songs on the album: “Running from the madhouse/They won’t take me back/Got the medicine to give me what I need.”

There’s something for everyone in “DNA.” Whether you want going-out music, an empowering girl anthem or a slow ballad, Little Mix has it covered.

So here’s to “DNA.” We’ve seen many boy bands come and go since the ‘90s, but it’s time for a girl group to take over the airwaves. 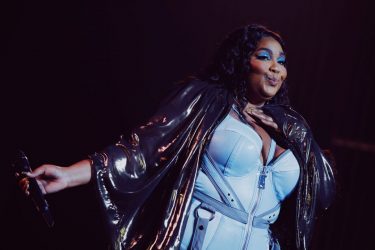