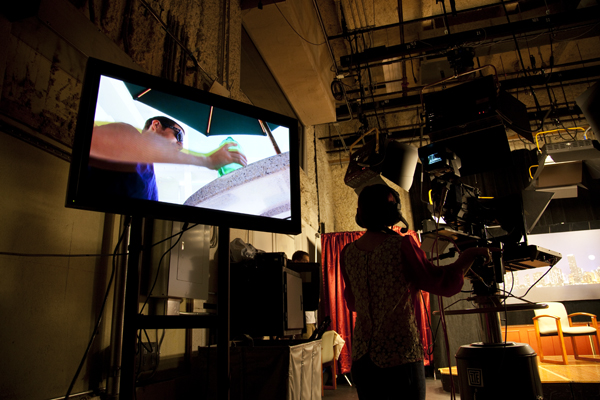 UM alumna Jenny Lorenzo made a guest appearance on “Off the Wire,” hosted by junior Johnny Saras, at the season finale taping on Thursday night. Lorenzo participated in “Off the Wire” while she was a student at UM, and now she has her own web series, “Geekgasm.” “Off the Wire” is a live UMTV, student-produced late night comedy show, with more than 100 episodes.