Every Sunday, mothers, daughters and wives dress in white to attend mass and set out on their mission. After the service, the Damas de Blanco head toward Fifth Avenue in Havana to silently protest the unjust incarceration of their relatives and the lack of basic human rights in Cuba.

The head of Damas de Blanco, or ladies in white, is Berta Soler, who will be honored by the University of Miami’s Institute for Cuban and Cuban-American Studies (ICCAS) with the Cuba Freedom Fighter Award on May 17 during the institute’s inaugural gala at the Coral Gables Country Club.

“They are the most visible group in Cuba,” said Jaime Suchlicki, director of ICCAS. “Every Sunday they defy the regime and walk the streets of Cuba. They are courageous. They’re women and I felt she deserved this award.”

The Damas de Blanco were formed as a result of the “Black Spring,” a time during March 2003 when 75 independent journalists, human rights defenders and independent librarians were arrested, tried and sentenced to up to 28 years in prison.

The Committee to Protect Journalists saw the Black Spring as a violation of the International Covenant on Civil and Political Rights, including Article 19 which guarantees everyone the right to “seek, receive and impart information and ideas of all kinds, regardless of frontiers, either orally, in writing or in print, in the form of art, or through any other media of his choice.”

Soler left the country for Spain this March with an exit visa given to Cuban dissidents to allow them to travel abroad for the first time. Cuban blogger Yoani Sanchez is currently on a tour of the U.S. on a similar permit.

Soler will be visiting Miami in late April and May. However, her attendance at the gala has yet to be confirmed.

During the gala, two Cuban-Americans will also be honored. The institute will be awarding noted writer and columnist Carlos Alberto Montaner with the Cuban-American Scholar Award.

Felipe Valls, owner and founder of Versailles and La Carreta restaurants, will receive the Mambí Award because of his contributions to the community and to Cuba and for preserving its history. The award derives its name from the people who fought during the war for Cuba’s independence from Spain from 1895-1898.

“It is done in the community to offer respect and recognition to individuals that contribute with their life experiences or successes or dignified procedures and faced all sorts of difficulties and have become what they are,” said Pedro Roig, senior research associate of ICCAS.

This will be the first event of its kind hosted by the institute, and 400 to 500 people are expected to attend. Drinks will be served at 7 p.m. and dinner will follow at 8 p.m. 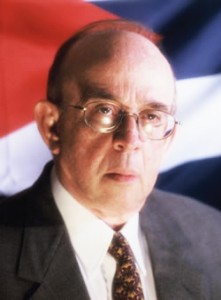