Veterans lead Miami down the stretch 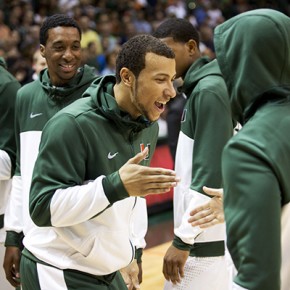 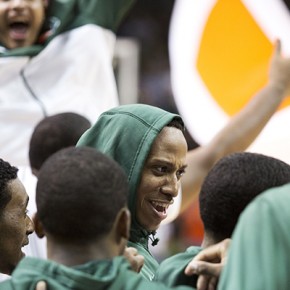 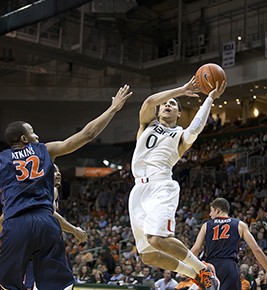 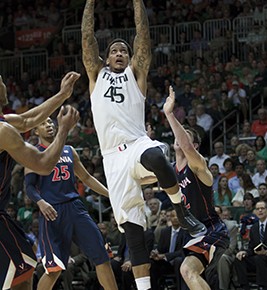 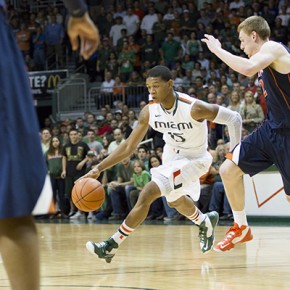 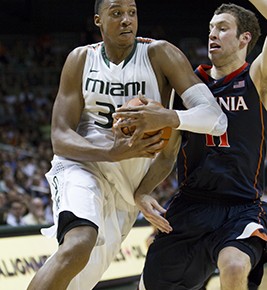 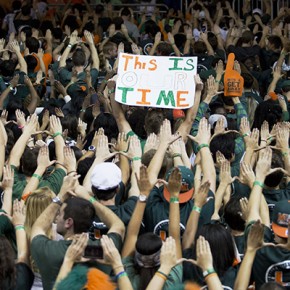 The Hurricanes have survived their share of dramatic endings this season, clinching last-second victories at N.C. State and Clemson. But Tuesday night’s narrow home win over Virginia might have raised the bar even higher.

While the visiting Cavaliers only held the lead for a total of 21 seconds, they were able to tie the game at 50 with 14 seconds remaining. On the ensuing possession, Shane Larkin moved off two consecutive ball screens and connected with a wide-open Reggie Johnson underneath the basket, who put in the go-ahead lay up as the BankUnited Center crowd erupted.

The spectators did not even have time to process the last play before Durand Scott swiftly stole Virginia’s inbound pass with four seconds to go. Scott was then fouled and sent to the line where he sunk both of his free throws, sealing the deal for the victorious Canes.

“Every year we play Virginia it’s always a battle,” said Johnson, who came off the bench to record eight points and seven rebounds. “I mean, ever since I’ve been here … that’s always a war.”

Rion Brown scored 10 and Larkin added 11 on a night the Canes struggled mightily from beyond the arc, finishing 1-for-7 for the game. Meanwhile, Virginia’s Joe Harris led all players with 16 points.

After only scoring two points in the first half, Larkin found his groove late, scoring a timely basket, sinking clutch free throws and dishing out the key assist to Johnson.

“He’s got the whole package: 11 points, six assists, one turnover,” Virginia coach Tony Bennett said of Larkin. “And that sixth assist was obviously a good one, but so quick, and our game plan was really … to try to not let him get in the lane, and as hard as we tried, he still got in there at times. But he has a good feel, and I love his change of pace. He just has poise out there that you need in that lead position.”

“These guys have been through an awful lot, and they’ve been very hungry,” coach Jim Larranaga said. “You heard them say how hard they’ve worked, and they feel like they’ve earned this. Nothing’s been given to them. None of these wins have certainly been given to them. They’ve had to earn every victory.”

Miami will travel to Wake Forest for a 1 p.m. matchup with the Demon Deacons on Saturday.