Power of U wins SG election 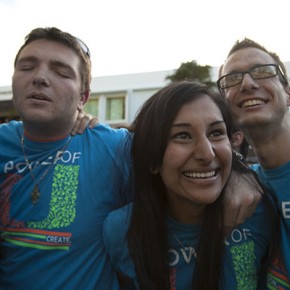 Junior Bhumi Patel is surrounded by her Power of U supporters during the election reveal Thursday afternoon. All three Power of U candidates were elected to the executive board for next year. 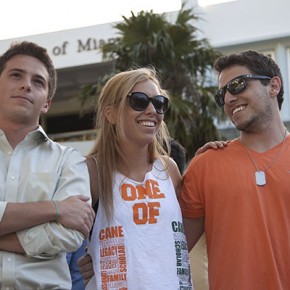 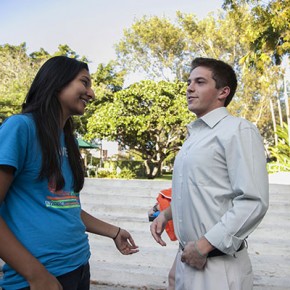 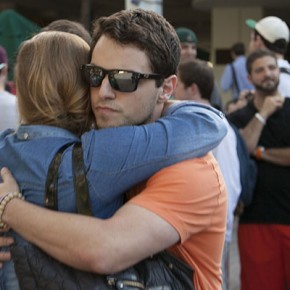 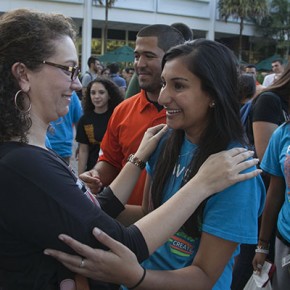 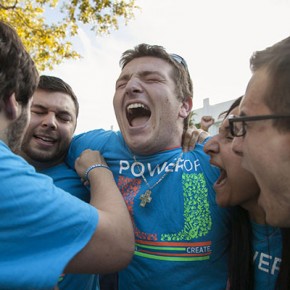 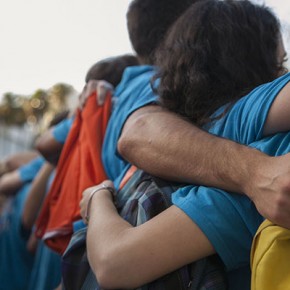 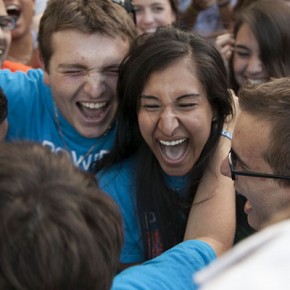 Student Government (SG) Elections Commissioner J. Alexander Barletto ascended the Rock Thursday evening for the second time this week; this time with elections results in hand. After thanking his advisers, staff and both tickets, he unveiled that the members of the Power of U would head next year’s SG executive board.

Rejoicing in the good news, Power of U campaigners jumped up and down as tears filled many of their eyes. All three newly-elected ticket members were seen talking with One of U’s presidential candidate Philip Fitzpatrick in between hugging and thanking their supporters.

Power of U’s campaign manager Mike Piacentino was thrilled that the months of support and planning had successfully paid off.

“Our No. 1 priority is thanking all of our team members for all of the support they gave us,” he said. “Right now, we’re most excited about bringing our whole team together over a great victory.”

In order for the candidates to win a position, they must secure 50 percent plus one of the votes cast before 4 p.m. Wednesday.

Barletto announced the results in the order of treasurer, vice-president and finally president.

“I’m on the executive board currently, so I have a good relationship with them,” she said, as Caitlin Giles, SG vice-president,  jumped on her wishing her a congratulations. “We look forward to continuing their projects, while getting our platforms in there as well.”

The initial election results were delayed after election code violation claims were filed against both tickets on Wednesday, causing the tickets to go to Court.

The two trials, held at 9:15 p.m. Wednesday in UC 211, were closed to the public due to the sensitivity of the issues and the involvement of the Dean of Students Office (DOSO), according to SG Chief Justice Sean Norris.

“An individual student came to Elections Commission and said that they had received … a mass email from someone supporting [Power of U],” he said.

According to Section 5-1.4 of the SG’s Election Codes, all graphic campaigning materials, including emails sent over listservs, must be approved by the Elections Commission. The aforementioned email was not.

After deliberation, the Trial Court can allocate up to 20 points per violation based on the severity of each infraction. The accumulation of 20 or more points will result in the immediate disqualification of a ticket. Any points allocated to individual candidates within or associated with a ticket will be charged to the ticket as a whole.

Although the person who sent the email is not a member of the campaign, Associate Chief Justice Scott “Skip” McClinton decreed that the Power of U ticket would be inflicted with five points.

Following their trial, Power of U released a statement saying they are, “confident in the election process and … are eager to hear the results of the election.”

The second trial involved the DOSO regarding a violation of the Student Code of Conduct by a supporter of One of U, Norris said.

Due to the sensitivity regarding the individuals involved in the violation, details of the case are not being released to the public as is policy of the DOSO.

Glass Guild promotes self-expression, teamwork through art
Inebriation and Gluttony: Working out and getting chocolate wasted