As the semester progresses and assignments pile up, students line up at their local convenience store, on the hunt for a jolt to get them through the day without feeling drained.

Running on an hour of sleep and exhaustion seeping in, students may think that downing an energy drink is not a bad idea. With the widespread availability of these portable potions and their popularity increasing with time, it is easier than ever to find a quick buzz.

Energy drinks are beverages that are marketed as “stamina boosters,” created to improve a person’s focus and ability to stay awake. Generally, this artificial energy is provided through extraordinary amounts of caffeine, guarana or other stimulants.

Many students are first introduced to these drinks during high school or college – when they are looking for a way to stay awake long enough to fit in a few extra hours of studying or to participate in an event they normally would not have the energy to attend. According to the Beverage Industry’s 2012 State of the Industry Report, energy drinks such as Red Bull or Monster accounted for $6.9 billion of the total sales of beverages last year.

“I would drink them consistently freshman year, even twice a day during finals,” said Adriana Morell-Pacheco, a junior majoring in neuroscience. “I’d drink Monster a lot when I was stressed because it tastes good, but I also drink lots of coffee.”

But surrounding all the hype of these products is an underlying question: Just how safe are these energy drinks?

Meanwhile, one Monster Energy Drink may contain about 276 milligrams per 24-ounce can. On the other hand, a single serving of 5-Hour Energy, advertised as a 2-ounce shot that has fewer calories than competitors, can contain as much as 215 milligrams.

Some may prefer the smaller, shot-style drinks because of their “healthier” marketing tactics that tout the lower calorie- and sugar-intake, but the caffeine levels are consistent across the board.

Ashley Falcon, the assistant director of Wellness Education at the Wellness Center, said there is not much of a difference between drinks like 5-Hour Energy and their larger counterparts.

“It’s just more concentrated and in less volume. It’s like getting drunk off liquor versus beer,” she said. “It’s the same stuff, whether it’s guarana or all the other different forms of caffeine. You can call it natural and all of a sudden it sounds better, but a stimulant is a stimulant.”

In controlled doses, caffeine can have beneficial effects on a person, including increased awareness and improved memory. But when abused, these drinks have other consequences, like anxiety, twitching and elevated heart rates, according to Falcon.

Some of these drinks also do not list how much caffeine is actually in their product, so experts suggest that users inform themselves about what ingredients are being used before drinking them.

Tony Musto, associate director of Fitness Programs at the Wellness Center, said that with energy drinks, like anything else, people have to be careful with what they are consuming and should only do so in moderation.

“The reality is energy drinks aren’t much more than caffeine, some proteins such as taurine, and some Vitamin B. All those things in moderation and small doses are OK,” Musto said. “However, with energy drinks, they tend to be more tempting to consume more than you need. That’s when you get into a danger zone.”

Though some may look to energy drinks to find a jolt, other students are not convinced that they actually make a difference.

Meghan Doyle, a junior majoring in health science, does not believe the hype associated with energy drinks.

“I don’t think they help all that much. I never feel jittery or super energized,” she said. “It’s all mental. You think you have more energy so you feel more energized.”

Musto believes that the key to using these drinks safely lies in exercising responsibility. He suggests getting enough sleep, eating well, and exercising before looking to energy drinks.

“If you live a fairly healthy lifestyle, you should have the energy you need,” Musto said.

But for those who do decide to consume an energy drink, Musto said to be careful.

“Just because they sell it in the store doesn’t necessarily make it safe,” he said. “Follow the package serving, don’t chug it, and treat it as if it is some kind of drug you’re using.” 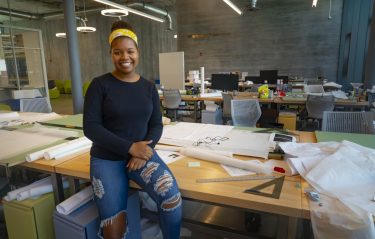 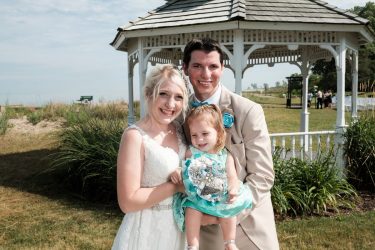