Home » Spec’s closes down after more than 60 years

Spec’s closes down after more than 60 years Signs cover the inside of Spec’s Record and Tapes advertising the closing of the store after more than 60 years. The last day will be Jan. 28. Charlotte Cushing // Contributing Photographer

After serving its customers for more than 60 years, Spec’s Records & Tapes – one of the few record stores left in South Florida – is closing its doors.

For now, the last of the shop’s albums and DVDs line up the aisles along with bright yellow discount signs. However, once the inventory is liquidated, Spec’s will close on Jan. 28. According to an article reported by The Miami Herald, Chase Bank will take the place of the record store and its trademark neon-letter sign later this year.

Despite a change in ownership in 1998, Spec’s managed to stay afloat when other record stores like Virgin Megastore couldn’t. Martin Spector created the original store –located where Einstein Bros Bagels is now found on U.S. 1 south from campus – in 1948. He then opened the present-day location in 1953.

“It’s really sad, any record store closing is sad in my book no matter what kind,” said Lauren Reskin, owner of Sweat Records in Miami. “I definitely was a customer at Spec’s since I could visit a record store back when I was a little kid.”

Margot Winick, vice president of UM media relations, said the record store was a hot spot for UM students on Friday nights during the ‘80s.

“It was the place to be,” said Winick, who worked at Spec’s for two years in the mid-1980s while she attended UM. “I didn’t even mind taking the Friday night shifts, which ran until 11. My friends would go out, but they’d always cruise by and check out what was going on.”

The store would also often host artists who were promoting their albums.

“There were always musicians in the store,” Winick said. “Back in the day, it was a really big deal when musicians would come and play while they were promoting their music.”

According to an article reported by The Miami Herald, the Spec’s chain was eventually comprised of 80 stores in Florida and Puerto Rico. Sales exceeded $70 million in 1993. However, changes in the music industry have resulted in the demise of several record stores throughout the last decade – now including Spec’s.

Since the launch of iTunes just over a decade ago, MP3s have taken over the music industry. Physical album sales have shown a steady decline while digital downloads are increasing.

In 2012, CD sales dropped 13 percent while digital albums increased by 14 percent and digital tracks by 5 percent, according to The Nielsen Company and Billboard’s 2012 Music Industry Report. However, the report also states that “physical is still the dominant album format.”

Although CDs may not be disappearing anytime soon, record stores seem to be falling off the charts.

Apart from digital downloads, shoppers can also buy their music in small sections of big-name retail outlets, like Best Buy and Target. There is no need for consumers to find a local record store anymore.

“It’s sad that record stores are closing because even though there’s iTunes, I like to get my favorite artists’ CDs the day they come out and listen to them in the car,” junior Kerstin Schmitt said. “I think it shows that the music industry is becoming completely digital and artists have had to change the way they record and promote their music.”

Some consumers choose to stream their music through sites like Spotify, which hurts musicians. Before the digital age, artists relied on CD sales for revenue, but things have changed in the past decade. Illegal downloading sites like Napster altered the mindset of consumers.

“This revenue stream has been greatly reduced by illegal file sharing and the mindset that music should be free,” said Serona Elton, an associate professor at UM as well as the program director for music business and entertainment industries. “Therefore, musicians are looking to other revenue streams to make up for the shortfall.”

Record companies and musicians are now relying on touring, merchandise, and the licensing of songs or recordings for films, TV shows and video games.

Junior Carolyn Helmers – singer and guitarist for alternative feminist band Testökra – and her bandmates have considered this new consumer mindset while preparing for the release of their music. Helmers said they plan on uploading music to Bandcamp, an online music store, as free downloads as well as releasing a physical copy of the songs, either as a tape or a CD.

“We want to release our music online because anyone will be able to listen, anywhere in the world,” Helmers said. “It gets it out easy and fast.”

“Overall, a lot fewer people are actually buying their music,” said senior Heather Ellis, who is majoring in music business and entertainment industries at UM. “This has led to record companies to have to tap to other sources of income. To do this, they invented 360 deals.”

360 deals are a type of recording contract where the record label taps into revenue streams other than record sales. Although these deals are usually tailored to the artist specifically, they tend to serve the company’s needs first, according to Ellis.

“I think the future looks good, but I definitely think the industry’s changing,” Helmers said. “The industry is going through a makeover and bands have to adapt, but it’s not necessarily a bad thing.” 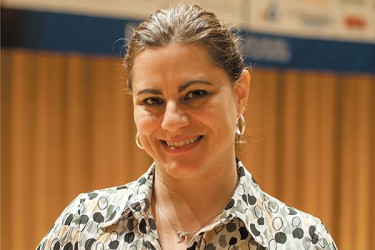