Robert Mann, the first on-air manager for WVUM, stood among several other alumni and students who partook in the ribbon-cutting ceremony for WVUM’s new transmitter Friday afternoon.

Mann, who attended UM when the station was permanently launched in September 1968, worked with other students for three years to get approval from the Federal Communications Commission.

Mann said that around that time, the station could only broadcast from Kendall Drive to Downtown Miami.

“Everyone wanted contemporary when we passed out student surveys,” he said. “We played the Beatles, the Beach Boys, as well as progressive music like acid rock and underground, which is similar to what they have now. Right now, they have huge potential to reach a lot of people, learn about broadcast and be representative of the university because it is still ‘the voice’ of the University of Miami.”

The new transmitter, which has been in the making for five years and went into full power on Oct. 2, allows the station to double its range to a 30-mile radius in all directions from Coral Gables. With this upgrade, the station has the potential to reach up to 1.5 million more people, general manager Savanna Stiff said.

“We’ve always had a strong following in the Miami community, and this is a good way to give back,” said Stiff, a senior. “We get complaints all the time about people driving and then losing the signal. We’re a legit radio station. We reach thousands of people a day, and we’re happy we can reach them without our signal being shaky.”

The new transmitter is located at the top of Hecht’s Pentland tower and is the first upgrade to WVUM since 1998.

The ceremony took place  last Friday during Homecoming week. To celebrate, the station featured alumni programming and brought together several generations of WVUM alumni to honor the station’s growth.

“This was something we worked on when I was here,” said Mike Diaz, a former office manager for WVUM who graduated in 2011. “This is an important illustration of what kind of entity WVUM has become. When I was a student, I felt the station didn’t get a lot of respect and I think it’s demanding it now.”

The initial efforts to upgrade the antenna were led by UM alumnus Richard D. Buckley, a graduate in 1960. He began as a DJ at WVUM and went on to become president and CEO of Buckley Broadcasting Corporation, which includes 20 radio stations throughout the United States. After his death in 2011, Nick Verbitsky, CEO of United Stations Radio Network, took up the cause and made a donation for the new antenna.

“It was a long process to put up a new transmitter,” said Paul Driscoll, vice dean of the School of Communication and the station’s faculty advisor. “Everyone has been wonderful – alumni, donors, academic departments, Pat Whitely’s office. They never said no to the students, and that’s the most thrilling thing to me.” 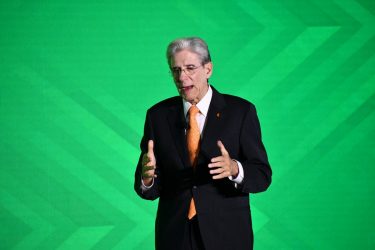