It is no secret that Israel is the strongest and most loyal partner to the U.S. in the Middle East region.

Unfortunately, President Barack Obama and Secretary of State Hillary Clinton refuse to see Israel as anything more than an annoyance on the Middle Eastern stage.

In an effort to bring peace to the Middle East, the Obama administration is creating a greater rift, a greater divide, between America and Israel. This idea of political correctness and pandering to the enemies of Israel, our strongest ally, started in 2010, when Israeli forces raided a Turkish flotilla headed to the Gaza Strip because the people on the flotilla were provocateurs who were preparing for a violent confrontation with the Israeli Shayetet 13 naval commandos.

Clinton told the media that Israeli Prime Minister Benyamin Netanyahu of the Likud Party did the wrong thing by not apologizing to Turkey.  Netanyahu asked Obama to veto any United Nations Security Council condemnation because the navy commandos attacked only after being attacked themselves by knives and metal sticks, but Obama refused. This was the start to a very shaky relationship between Israel and the U.S.

Recently, Netanyahu gave a speech at the UN General Assembly and drew a clear red line: Iran must not complete Stage 2 of developing enriched uranium. If this red line is not honored, Iran will have an atomic bomb built by the summer of 2013.

This very serious matter was met with Obama refusing to meet with Netanyahu due to a “scheduling conflict.” In other words, Obama did not have time to talk about a Middle East crisis because he was “busy.”

In fact, scheduling was Obama’s excuse for his silence regarding Libya and not showing up to an NAACP convention. Instead of meeting with Netanyahu, he sent Clinton in his place. Geta Van Susteren of Fox News said it perfectly: “Is Hillary Clinton really the president?”

Should not the Commander-in-Chief of our armed forces handle matters of national security? If the answer is yes, as it should be, then it was Obama’s duty to not hold off on meeting with Netanyahu.

As Iran funds terror that chants, “Death to America and Israel,” Obama remains silent and careful not to alienate his “alliance” with the Muslim world.

It is at this time, on the verge of nuclear threat, that we must demand from Obama the same thing we demanded from Khrushchev during the Kennedy administration. The best way to stop Iran’s nuclear threat is to put pressure on the international community and on Iran to honor the red line Prime Minister Netanyahu.

America must stand with Israel, honor that red line and put an end to Iran’s nuclear project.

The author’s name has been redacted by request. 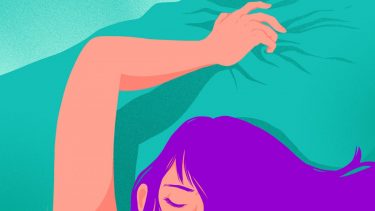