Elias Aboujaoude asked a crowd of incoming freshmen at the new student convocation if they were familiar with “F?” – the text message equivalent of “are we still friends?”

Aboujaoude, a psychiatrist and associate clinical professor at Stanford University, told the crowd he received a text message from a younger relative after an argument they had.

In his lecture, Aboujaoude used the anecdote as an example of “e-language,” the language that most people use to communicate in the virtual world.

He explained that there is a draw to text message vocabulary like “F?” because it allows users to express complex feelings much more concisely, or what he called “regression” in his speech.

Aboujauode believes that this regression is inherent to technologies, like the Internet, by comparing a person’s interaction in the online world to the Freudian concept of the id, the most primal state of human personality.

To describe this concept, Aboujauode coined the term, “the dark side.”

“It takes more effort to do the right thing because it is difficult to self-police online,” he said in his address.

Author of “Virtually You: The Dangerous Powers of the E-Personality,” Aboujaoude expressed that the Internet creates a sort of “e-personality,” which differs from the way a person behaves in reality.

The danger of this virtual freedom causes these liberties to seep into the personality, forming Aboujauode’s theory of e-personalities.

In an interview held before the event, Aboujauode mentioned that he decided to write “Virtually You,” because not enough attention was being given to the dangers of Internet usage.

“There seemed to have been a love affair with the positives,” he said. “I instead wanted to trigger a debate, to think before you click.”

Considering the potential of online overspending and impulsive behavior on social media sites and email, Aboujauode hoped his freshmen audience takes the “think before you click” message to heart.

“They are the generation that does not know life before Google,” he said in an interview. “The Internet can both reward and punish, and one cannot take it for granted.”

In his speech, Aboujauode noted the positive influences technology has on communication today. He advocates for moderation and not total detachment from all technologies.

“We cannot be well-adjusted without email,” he said.

Aboujauode also spoke on the issue of social media privacy. In his speech, he stated that only 20 percent of people actually use privacy settings on Facebook.

“I have over 2,000 friends on Facebook, but I don’t even have 200 close friends,” she said. “It can be a safety hazard for so many to have access to personal information.”

“I thought the topic was relevant and modern,” Mont said. “It now seems unnecessary to carry extra weight online.” 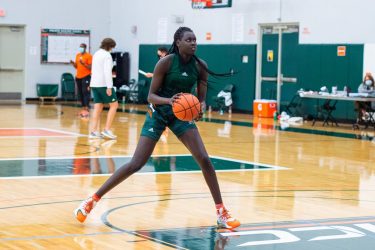 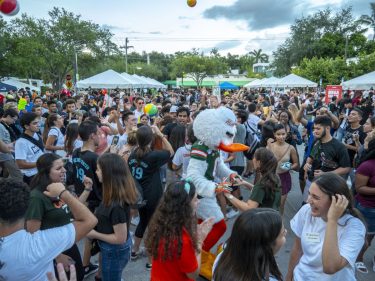 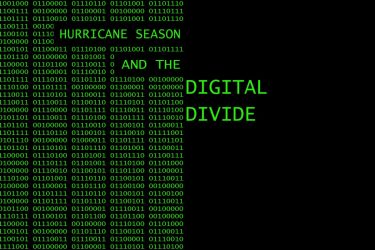