The Lowe Art Museum received a $1.7 million donation from the Beaux Arts organization in early January. The endowment will fund new exhibits and educational programs.

The Beaux Arts organization, founded in 1952, has been a continuous supporter of the Lowe. It works to serve its educational and charitable mission by promoting interest in the museum, continuing community outreach and providing financial assistance.

The museum is largely financed by this organization, which typically donates about $170,000 a year, said Brian Dursum, the director and chief curator of the Lowe. Rather than pledging that amount every year, Beaux Arts agreed to donate the lump sum, which is about the amount they invest in seven to 10 years.

At the end of this campaign, Beaux Arts will be able to raise more money for another Lowe donation, which will be used to restore the yearly budget or to invest in a new pledge.

“This is a clear testimony of their serious commitment toward the service that the museum offers to a wiser and more involved community,” Dursum said.

Beaux Arts gains revenue from donations made by its 103 members, as well as from outside sponsors.

The organization’s most recent contribution supported the exhibits, permanent or borrowed, that are already displayed in the museum. New art pieces will also be purchased.

Dursum previously selected works to be solely displayed at the Lowe. However, Dursum and the Beaux Arts organization will now work together to select new exhibit themes.

The museum currently has a collection of about 17,500 objects, covering more than 5,000 years of history. The museum includes works from the Renaissance and Baroque periods, as well as American, Native-American and Asian art.

Another portion of Beaux Arts’ donation to the Lowe will be used to improve the educational programs at the museum by investing in a new renovation project. A seminar room and classroom will be built at a cost of $300,000.

The seminar room will be used for planning out what exhibits will be displayed during the year. The classroom will allow students to meet educators inside the gallery.

In addition, the museum will be equipped with Wi-Fi. The Lowe is the only building on campus without wireless access.

The museum has, on average, more than 40,000 visitors per year. Throughout its history, several historic figures have attended, including former First Lady Jacqueline Kennedy.

Junior Ian Bai said some of the funds from the Beaux Arts donation should be invested in buying artwork from students.

“This would give students the opportunity to start working and get credit in the early stage of their career,” he said. 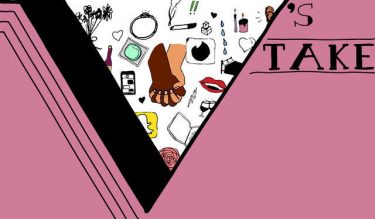