Home » Phantom of the pop opera

Phantom of the pop opera Director Jared Glazer paced before the stage, his voice resonating over a steady baseline to a cast clad in ironed vests, ties and pleated blue skirts.

“A general note to all boys: shave!”

The crew prepared for the QuantUM Entertainment production “bare: a pop opera,” set in a Catholic boarding school. The opera, which opens at the Newman Alumni Center Thursday, follows two high school roommates who fall in love and struggle to come out as gay to their classmates – all in song.

However, the show is about more than religion and teenage sexuality.

“It’s not a show about two homosexual boys, it’s a whole lot more than that,” said sophomore Jeremy Weidmaier, assistant director and stage manager of the show. “I think everyone will be able to find something they can relate to.”

Other themes include self-esteem and body image. Junior Alyssa Wilkins, for instance, plays the role of the awkward and insecure Nadia. The character sports skulls on knee-high socks and streaks of hot pink and purple in her hair.

Wilkins said she personally relates to her role, having felt outcasted herself. Wilkins was bullied throughout elementary school, but learned to love herself through theater.

“You have to tap into all the negative thoughts and the self-loathing that are hiding in the back of your mind, and bring them into reality,” she said. “That’s one of the hardest parts of this role.”

This is Wilkins’ first role in college. Glazer, a senior, said she fits the part.

“She’s a really confident girl in real life, and you wouldn’t know that on stage,” he said.

Preparing for the show didn’t happen overnight. Throughout February, the crew rehearsed three to four hours nearly every day. This group is composed of 28 students, including the directors, the cast, the band, which is mostly electronic, and the technical crew.

“It’s been a group effort,” Weidmaier said. “The show wouldn’t be what it is without everyone. And I mean that sincerely.”

Weidmaier expects the play to be emotional for the audience.

“There will be laughs, and I definitely think there are going to be tears in every audience – the whole shebang,” he said. “It’s a rollercoaster. It really is.”

Proceeds from “bare” will benefit Pridelines Youth Services, a local organization that supports GLBT youth. Entrance is $10 or free with a valid ‘Cane Card. Donations are encouraged.

Where: Multipurpose rooms B and C in the Newman Alumni Center 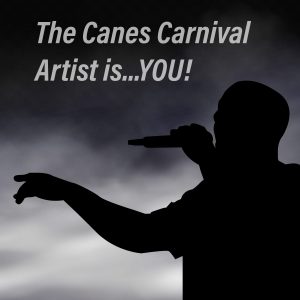 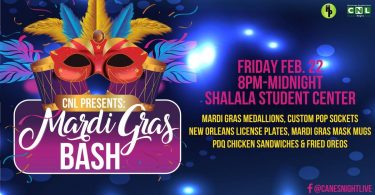