The Miami Acting Company’s “The Odd Couple” was a wonderful depiction of one of the best comedic plays in American theater.
The Neil Simon play tells of the misadventures of Felix Ungar and Oscar Madison as the two are forced to live together after being left by their wives.
The play begins with Oscar (Joel Kolker), Murray (Leo J. Williams), Roy (Craig Dearr), Speed (Amedeo Falgiatore) and Vinnie (Richard Cifuentes) sitting in Oscar’s apartment during a horribly executed game of poker. The four men worry about the location of their friend Felix (Bill Altfield), who is never late to any of their weekly games.
The show is set on a thrust stage, meaning it extends into the audience. It was interesting to see the play set in this perspective. It worked well with the action of the show since the men often sat around a table or living room to play poker and entertain guests.
Nevertheless, there were some blunders that came along with the thrust perspective. Oscar’s back was turned to the center audience for most of the first scene, which initially made it difficult to connect with his character.
The living room furniture appeared too modern for the decor in the rest of the apartment, causing a disconnect that made it difficult for me to truly immerse myself in the action of the play.
As the play progresses and other characters are introduced, the true nature of Neil Simon’s work is expressed. Altfield had the audience eating out of the palm of his hands from the moment he stepped on stage. His portrayal of a neurotic, neat-freak news writer was extremely accurate. His facial expressions and character choices truly made the character come to life. Likewise, Kolker’s depiction of a sloppy sportswriter who is often late on child support, worked wonderfully as a contrast to Altfield’s work.
The chemistry between the two men, and among the entire cast, was marvelous. By the end of the show, Felix and Oscar’s bickering and fighting truly emulated an old married couple.
Overall, the “Odd Couple” riveted and entertained the audience from beginning to end. It is a great production of one of Neil Simon’s most recognized works and well worth the watch. 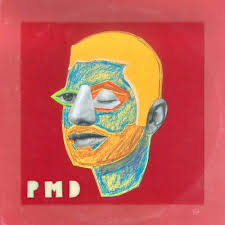