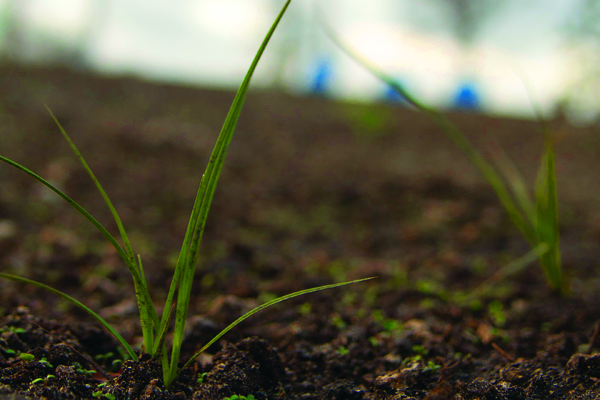 Grand Central Park has come to Overtown, giving the area a new, open space that will provide a safer, welcoming environment.

It is the neighborhood’s first ever “instant park,” part of a phenomenon cropping up all over the country. Construction for the park began last October, a remarkably short time frame for park construction.

Just across from Grand Central, Miami’s popular live-music nightclub, the park is expected to provide the Downtown and Overtown neighborhoods a greater sense of community, while promising a pedestrian-friendly area.

“It really is just about activity and people using it and coming back there,” said Brad Knoefler, the owner of Grand Central and founder of the park. “There was no reason to come back there before and now there is one.”

The ribbon-cutting ceremony on Friday marked the beginning of what many hope to be the revitalization of the nearby, once decaying Overtown community.

Since then, the open space has been rapidly transformed from the debris-filled area that once home to the Miami Arena, into a biological hub covered in native South Florida plants. Also, several features like rainwater ponds will be installed in the near future.

“This is a concrete example of what happens in Miami when local government works together with the community,” said  Knoefler, who is also the president of OPRA.

The park, however, is meant to be temporary with a 36-month contract.

The park’s opening last week featured a live performance by Miami-based group Elastic Bond and music from local DJs. Families and city residents received free admission and were able to dine from nearby food trucks.

On Feb. 18, the park will host its first event, the Budweiser One Love Nutrifest, celebrating music and environmental sustainability. It will also be home to bike-in movie screenings, farmers markets and other public events.

“Grand Central Park is bringing activity and jobs to the neighborhood,” said Mark Lesniak, executive director of OPRA, in a statement. “Providing long desired green space to Overtown and Park West can only make Miami’s downtown islands into a community.”