It was so much easier to go on Facebook than it was to write this column. I mean, do you know how hard and time consuming it is to write your very first article for a newspaper?

You probably don’t. But then again, we probably don’t do a lot of things we wish we did. We didn’t join that weird esoteric club that caught our eye. We didn’t get up and vote in the last election. We didn’t stick to our diet (come on, how am I supposed to not eat bacon pizza?).

Change comes into our lives and we tell it to go away because the mundane is far more reliable. A vast majority of us want to be different people, but we don’t want to spend a lot of time and effort to get there. It’s no wonder that the slogan of “change” was so influential in the 2008 election. Why should we change our own lives when one person can do it for us?

Yet when things don’t seem to change, we’re far too busy to go about and try to enact it; it’s far more effective to complain about it on the Internet. Of course, I’ll get the emails and letters (or maybe not, considering the hassle) about how stressful and busy a student’s life is.

Meaningful change can take place over short increments. Want to write a novel? Four hundred words a day, about the length of this very piece of writing, will get you an 84,000-word novel in seven months. You probably won’t get published, but you wrote a book. Your grave can say, “Joe Doe wrote a novel.”

Seven months too long a commitment for you? One hour a day for a month gives you more than 28 hours to change a myriad of things. You could plan, budget or set up that week-long vacation to Brazil you’ve always wanted to go on. Even those people that promise to work out more on Jan. 1 but end up in their usual routine by Groundhog Day have at least tried to change their lifestyles.
Yet the fact that we only think about changing ourselves at the end and beginning of every year is the root of this problem. The completion of a goal of any size can be accomplished when we tackle it day by day.

James Hennessy is a freshman majoring in math. 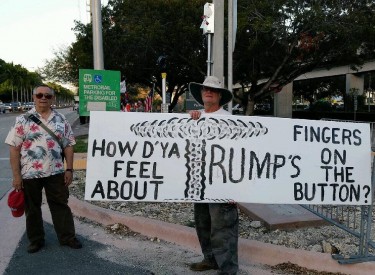