Thompkins was the only player listed as less than a four-star recruit.

While Johnson is no longer listed on the team’s roster and Jones has played seven games in the past three years, the other five are now at the tail ends of collegiate careers that are difficult to put in perspective. Spence was the ACC Defensive Freshman of the Year at linebacker, Streeter has asserted himself as a touchdown machine of late and Harris has climbed to second all-time in passing touchdowns among UM’s storied quarterbacks. But of course, the story is not that simple.

The decision for these players to come to Miami as a package deal was far from a sure thing. Most notable was the case of Harris and Streeter, both recruited heavily by the University of Oregon; they each took an official visit to the Eugene campus. They were met with a newly-renovated program funded almost entirely by Nike money, as the company’s co-founder, Phil Knight, became the school’s largest athletic booster and showered the program with the newest training equipment, facilities and jerseys.

“I thought Jacory and Streeter were gonna go to Oregon because of their offensive system,” Washington said. “Those guys took a visit there and when they came back that was all they talked about – Oregon this and Oregon that. So I was like, ‘Was the colors gonna get y’all? Was the uniform gonna get y’all?’”

Fortunately for Miami, they did not. Harris and Streeter returned from Oregon for good, instead deciding to sign with the Hurricanes and embark on a college football career with extraordinary expectations.

“First of all, Oregon is like 9,000 miles away and our family wouldn’t be able to see us,” Harris said. “When we took the trip out there, it took three flights before we made it. I wouldn’t want our parents to go through the same things, so we wanted to stay home and play in front of our family.”

“When times get hard, I have people I can depend on to cheer me up,” said Streeter, who struggled early in his career with injuries and inconsistent production. “Even just going home to get home-cooked meals, just hanging out and being at ease. That’s something that would be lacking if I didn’t come here.”

And what was the big draw about this city? Much maligned for being fair-weather, particularly when the weather is fair, the notoriously fickle Miami fan base wouldn’t match the deafening roars in Eugene or Chapel Hill. For Harris, it wasn’t about playing for South Beach or the Gables, but the chance to play  for and in front of his city, his home and his  community.

“The connection to our community is pretty strong,” Harris said. “I wouldn’t say the city. [It’s] the black community, to be honest. That’s our connection, through them, where we grew up in the inner city. That’s strong. They always support us no matter what.”

“Through hard times or good times … [the community] is our foundation. They look at us like we’re Obama or something,” Harris said. “They don’t treat us quite like that, but that’s how they view us because most of them didn’t have the opportunity to go to college or play collegiate sports like we do. They want to see us do good, they never want to see us do bad. Unlike others.”

The “others” Harris references include the booing home crowds and transplanted detractors who serve as his catalyst to block out the negativity that surrounds him. Too many interceptions, poor decisions and a failure to meet expectations have damned Harris into becoming arguably the most scrutinized player in UM football history.

That the criticisms were always unwarranted would be unfair to say. Harris recognizes that he must grant everyone their own opinions.

Such is the nature of any fan, particularly those who have no real connection to the people Harris views as  “his” community. Raised in Carol City, Fla., and a product of Miami Northwestern, where the population is listed as 93 percent African American, the faces he sees booing him don’t reflect those who helped raise him. Harris’ community considers the fact that he even made it this far a resounding success.

“I’ve [accomplished] beyond what expectations the people that matter to me have,” Harris said. “Like the rest of my teammates, just being in college is something that’s monumental for our whole community.”

Regardless of what they consider home, remaining in South Florida was an undeniable factor in keeping the players together. Offers were plentiful for all of the Northwestern teammates, particularly for the seven that ended up in orange and green.

However, those colors combined with the excitement of home-grown talent unlike any in recent memory to create expectations. These were expectations that, if measured with the standards they created in high school (Northwestern took home the 2007 National Champsionship), this group has failed to reach. The fans expected not only a BCS Championship, but for this recruiting class to  return Miami to a certain glory that has slowly slipped away.

“Just growing up in Miami– period – is a lot of pressure,” Streeter said. “When you have so much in you, people only expect greatness to come out.”

Spence believes that he and his teammates still have a chance to change their legacy at Miami even without bringing a national title to the school. Miami is currently in its first decade-long drought since first winning it all in 1983.

This is tremendous  pressure for a group of men, many of whom have known each other since their Pop Warner football days. Such pressure can destroy even the strongest relationships, certainly when considering how intensely and strong-handedly judgment is brought upon them.

But for this group, at least, none of that matters. It’s about them –  not us.

Fraternity raises funds to repair chapter’s house
Are you afraid of the dark? 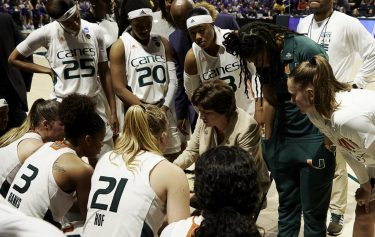